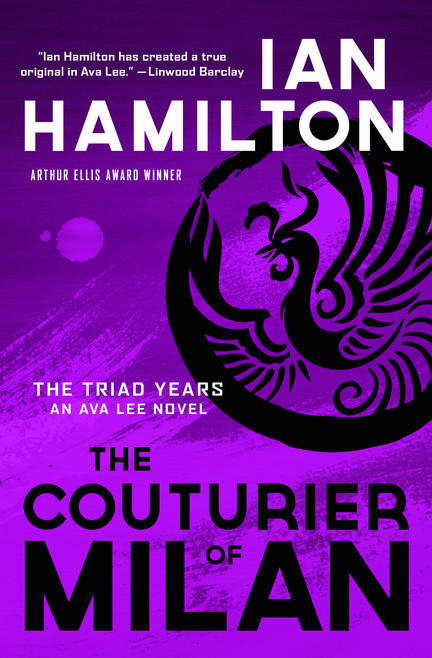 Ava attends London Fashion Week for the launch of the PÖ fashion line, one of the major investments she and her partners in the Three Sisters — May Ling Wong and Amanda Yee — have made during the last year. With the exponential expansion of the luxury-brand market in China, Ava and her partners are determined to see a young Chinese designer break out in Europe and North America and they go full out in London.

The show is a success, but perhaps too much of one. It attracts the attention of Dominic Ventola, the principal partner in the luxury fashion conglomerate VLG. The women are invited to Milan to meet with Ventola and senior executives in his company. VLG offers to buy the Three Sisters’ stake in PÖ. Ava and her partners decline. A few days later, PÖ comes under attack in the fashion media and a large part of their customer base is pressured by VLG to abandon them.

Ava decides to strike back and turns to Xu for assistance, leading to a confrontation between two of the world’s biggest global crime syndicates: the Camorra and the Triad.

The pleasure in following Ava’s clever plans for countering the bad guys remains as ever a persuasive attraction.

This book, like all the Ava Lee novels, is pure fun.

Praise for The King of Shanghai

"Good fun, too, for those who like to combine crime fiction with armchair traveling.” — Booklist

Praise for The Princeling of Nanjing

“The reader is offered plenty of Ava in full flower as the Chinese-Canadian glamour puss who happens to be gay, whip smart, and unafraid of whatever dangers come her way.” — Toronto Star

Praise for the Ava Lee series and Ian Hamilton

“Whip smart, kick-butt heroine, mixed into a perfect combination of adventure and exotic location. Can’t wait to see where Ava is off to next.” — Taylor Stevens, author of the Vanessa Michael Monroe Series

“The only thing scarier than being ripped off for a few million bucks is being the guy who took it and having Ava Lee on your tail. If Hamilton’s kick-ass accountant has your number, it’s up.” — Linwood Barclay

“A heck of a fun series, sharing Ian Fleming’s penchant for intrigue and affinity for the finer things in life and featuring Ava Lee — a remarkable hero, a twenty-first century James Bond with real depth beneath her tough- as-nails exterior. Five stars and first class!” — Owen Laukkanen, author of The Professionals

“Ava Lee, that wily, wonderful hunter of nasty business brutes, is back in her best adventure ever . . . if you haven’t yet discovered Ava Lee, start here.” — Globe and Mail

“Crackling with suspense, intrigue, and danger, your fingers will be smoking from turning these pages. Don’t ever, ever, mess with Ava Lee. She’s not your average accountant.” — Terry Fallis, author of The Best Laid Plans

Other titles by Ian Hamilton

The Sultan of Sarawak

The Diamond Queen of Singapore

The Mountain Master of Sha Tin

The Goddess of Yantai

The Imam of Tawi-Tawi