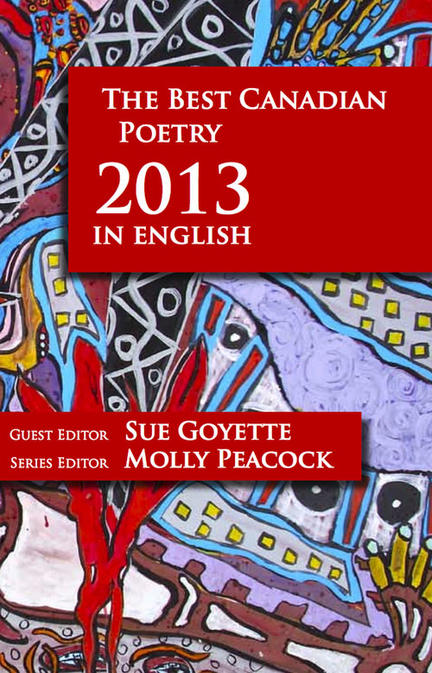 Sue Goyette lives in Halifax, Nova Scotia and has published three books of poems, The True Names of Birds, Undone and outskirts (Brick Books) and a novel, Lures (HarperCollins, 2002). Her fourth collection of poems, Ocean, is forthcoming from Gaspereau Press in 2013. She's been nominated for several awards including the Governor General's Award for Poetry, the Pat Lowther, the Gerald Lampert, the Thomas Head Raddall Atlantic Fiction Award and won the 2008 CBC Literary Prize for Poetry, the 2010 Earle Birney Prize and the 2011 Bliss Carman Award. Her poetry has appeared on the Toronto subway system, in wedding vows and spray-painted on a sidewalk somewhere in Saint John, New Brunswick. Sue currently teaches in the Creative Writing Program at Dalhousie University, is faculty for the Banff Wired Writing Studio and works part-time at the Writers’ Federation of Nova Scotia.

Molly Peacock is the author of six volumes of poetry, including The Second Blush (McClelland & Stewart, 2009) and Cornucopia: New & Selected Poems (W.W. Norton); a memoir, Paradise, Piece by Piece; and a one-woman show in poems, “The Shimmering Verge” produced by Louise Fagan Productions (London, Ontario). She has been series editor of The Best Canadian Poetry in English since 2007, as well as a contributing editor of the Literary Review of Canada and a faculty mentor at the Spalding MFA Program. Her poetry, published in leading literary journals in North America and the UK, is widely anthologized. Her latest work of nonfiction is The Paper Garden: Mrs. Delany Begins Her Life's Work at 72 (McClelland & Stewart, 2010).

Other titles by Sue Goyette

Righteous Rage in the Age of #MeToo

The Brief Reincarnation of a Girl

Other titles by Molly Peacock

A Friend Sails in on a Poem

The Best Canadian Poetry in English 2014

The Lives of the Letters