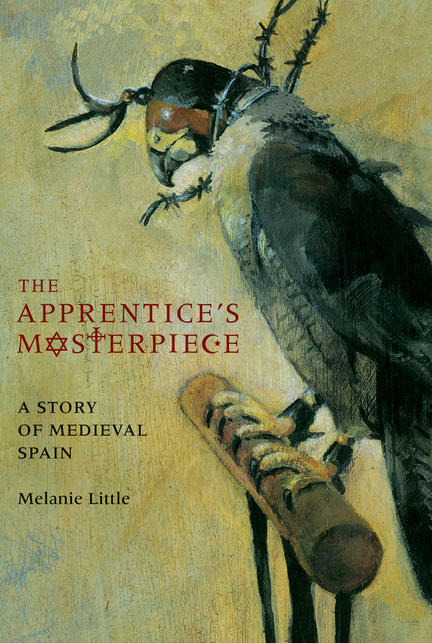 Melanie Little, a former figure skater, has lived in Timmins, Montreal, Toronto, Los Angeles, and Vancouver, and currently resides in Ottawa. She has worked as a tour guide, teacher, museum guard, bartender, dance instructor, stage manager, concierge, and a tulip promoter. Her stories have been published in Scribner's Best of Fiction Workshops (1998) and Outskirts: Women Writing from Small Places (2002).

The Apprentice’s Masterpiece: A Story of Medieval Spain

This is a haunting tale of two boys living in Spain during the dark and dangerous times of the Spanish Inquisition. The first, Ramon, is a scribe like his father. Together father and son eke out a meager living by lovingly, painstakingly copying the words of others. But paper, like so many things, grows scarcer with each passing day. Finding paper is particularly difficult for Ramon and his father because they are conversos, Christians whose ancestors converted from Judaism to Christianity on pain of death. These questionable origins are enough to raise the suspicions of the Inquisitors.

The second boy is Amir, a Moorish slave, given as a gift to Ramon’s father. From the moment of his arrival, Ramon resents this new addition to their household. In truth, he is jealous of the close relationships that Amir forms with both Ramon’s parents.

Then, in the blink of an eye, everything changes for both boys. Ramon is hired to be a scribe for the Inquisition and Amir, while on an errand for Ramon, is forced to flee without a word to anyone. The years that follow are difficult ones for these two young men but fate ensures that their paths will cross again.

This novel in verse creates a richly atmospheric portrait of Spain during a time of upheaval and uncertainty when people were being encouraged to spy on friends and neighbours and to report the merest hints of heresy or transgression. It is a time of tension and fear and deep distrust, a time that makes it increasingly difficult to remain true to oneself in the face of betrayal, lies and persecution. Melanie Little adeptly weaves historical information into her tale to fashion a more complete picture of the period, and the poems that make up the story are evocative in their simplicity and spareness. This book is a magnificent achievement, a saga that will utterly immerse readers in this troubled time, and in the quiet desperation of these two boys.

The Apprentice’s Masterpiece: A Story of Medieval Spain

Ramon Benvenistes has a secret: he’s from a family of conversos, Jews who have converted to Christianity. Amir wears the robe and red patch of a Muslim. The boys come to know each other but then they are separated. One boy is enslaved, and the other takes up service for the Inquisitors. Their paths cross again in a chilling scene.

Loved it! Specially written for young adults (although suitable for all ages). Mid century Spain is a melting pot for Jews, Muslims and Christians to live. However, under the rule of Queen Isabella, the country has turned violent. Jews who converted to Christianity are in fear of their lives, as neighbors and friends have become spies, fear hangs in the air.

Other titles by Melanie Little

Train Wreck and Too Late

A Story of Medieval Spain