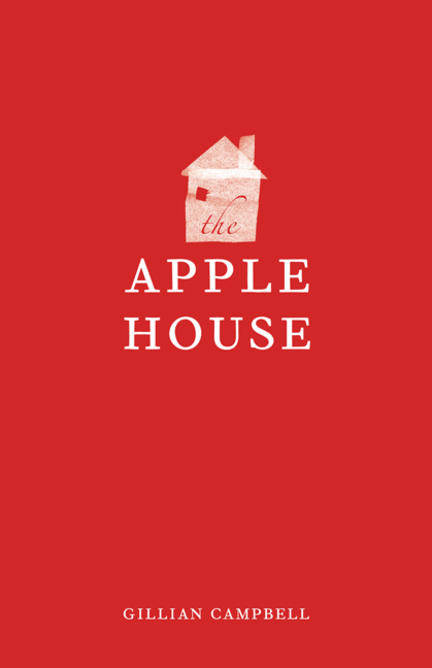 Anglophone Imogene Jackson grew up in an English suburb on the uneasy edge of a francophone world. At the age of nineteen she quit college to marry a shoemaker from the close-knit French village of Saint-Ange-du-Lac. For ten years she has lived with her husband, Thomas, above his family's historic shoe shop, immersed in village life. When Thomas dies in a car accident, she is shattered and her hard-won mastery of the French language deserts her. Isolated and grief-stricken, she retreats to her childhood home. There she discovers that a petty drug dealer she knows from the village has rented a ramshackle farmhouse, nicknamed the "Apple House," at the corner of her parents' street and befriended her easily influenced brother Petey. Her childhood obsession with the old house resurfaces and she finds herself confronting events from both her recent and more distant past as her two worlds collide.

Set in 1970s Quebec and written with a gentle humour, The Apple House is an intimate portrait of life during a time of great change.

Gillian Campbell's short fiction has been published in Grain Magazine, Creekstones: Words & Images, The New Quarterly, and The Antigonish Review. She has a BA from the Université de Montréal and a master's of library science from the University of British Columbia, and for many years she worked as a children's librarian. Gillian grew up on the West Island of Montreal and now makes her home on the West Coast on Salt Spring Island, British Columbia. The Apple House is her first novel. Please visit Gillian online at gilliancampbell.ca.

The Apple House is a novel rich with vivid detail: shoes, artificial legs, and old houses. Gillian Campbell weaves the story of Imogene as an adult, an Anglophone who has forgotten her French, together with Imo as a child, running free. Played out across a beautifully evoked landscape, the suburbs of the West Island of Montreal become layered with memory in this compelling book. —Kate Pullinger, winner of the 2009 Governor General's Award for Fiction for The Mistress of Nothing

Gillian Campbell’s first novel,The Apple House, is a poignant and personal book about the importance of belonging, especially in times of great grief . . . themes and images are gently, and often beautifully, told. —Winnipeg Review

The Apple House draws out the contrasts of life in small-town Canada, and that is one of its greatest strengths. While life-long relationships build a strong community, they also make it hard for characters to change . . . small objects and a shared landscape create a culture that is unique to each town—whether it is a French and English village from 40 years ago or the communities we live in now. Campbell remind[s] us of the power of everyday objects. —Coastal Spectator