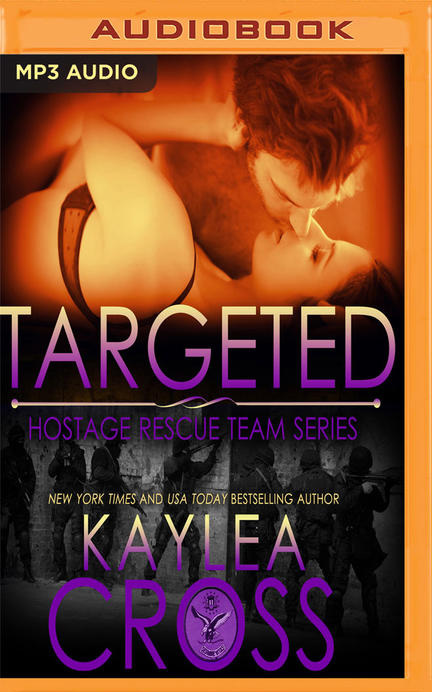 They were partners once

After an attack on the job that nearly killed her, Special Agent Celida Morales is determined to salvage her reputation in the FBI and get back to the career she loves. Domestic terrorism has left its mark on her - literally - and now she's more determined than ever to leave her mark on it. But when a hostage situation takes an unexpected turn she's confronted with the realization that she may not only lose the hostages, but also the only man she's lost her heart to.

To be together now, this time they'll have to risk it all

Hostage Rescue Team assault team leader Brad Tucker has always wanted Celida, but professional conduct and her unwillingness to commit stood in the way. For more than a year he's been juggling the increasing demands of his job and personal life, but after Celida was almost killed, none of those reasons matter anymore. Tuck knows it's time to claim her and he's ready to lay it all on the line. Then an op turns deadly and it's a race to bring down a well-trained enemy bent on settling an old score, a man who doesn't care how many innocent people get in his way.

New York Times and USA Today Bestselling author Kaylea Cross writes edge-of-your-seat military romantic suspense. Her work has won many awards and has been nominated for both the Daphne du Maurier and the National Readers’ Choice Awards. A Registered Massage Therapist by trade, Kaylea holds a bachelors degree with a double major in history and archaeology. She’s also an avid gardener, artist, Civil War buff, Special Ops aficionado, belly dance enthusiast and former nationally-carded softball pitcher. She lives in Vancouver, BC with her husband and sons.

Other titles by Kaylea Cross

Other titles by Jeffrey Kafer