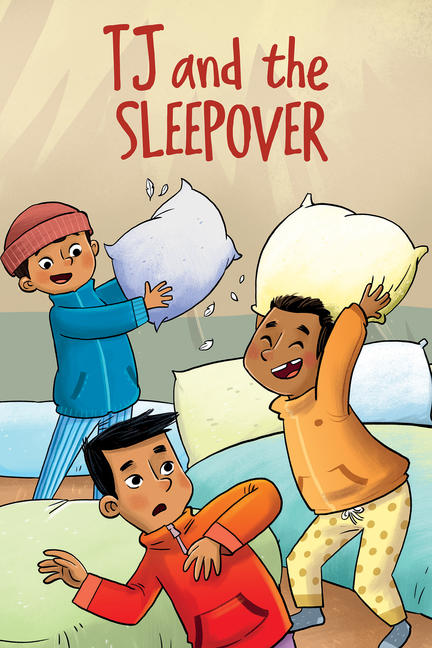 TJ and his friends are having a great time playing out! But TJ can't help but notice that his friend Itani keeps picking on him and invading his personal space. TJ wants to ask Itani to stop, but he is afraid he's overreacting. During a sleepover at Itani's house, TJ realizes that he needs to be honest with Itani about how his behaviour makes TJ feel.

Aviaq Johnston is a young Inuk author from Igloolik, Nunavut. Her debut novel Those Who Run in the Sky was shortlisted for the 2017 Governor General's Literary Award for Young People's Literature, was a finalist for the Foreword INDIES Award for Young Adult Fiction, and a 2017 Honour Book for the Burt Award for First Nations, Inuit and Métis Young Adult Literature. In 2018 she won the inaugural Indigenous Voices Award for Most Significant Work of Prose in English by an Emerging Indigenous Writer. She is also the author of the bestselling picture book, What's My Superpower? Aviaq loves to travel and has lived in Australia and Vietnam. She spends most of her time reading, writing, studying, and procrastinating. She divides her time between Iqaluit, Nunavut, and Ottawa, Ontario.

Jesus Lopez was born in Madrid in 1975. From a very young age, he loved drawing by copying superheroes from comics and inventing new characters. Jesus studied cinema at a film academy in Madrid and made several short films. Since 2000 he has worked as a freelance illustrator for several European publishers. He currently lives in a small town outside of Madrid with his wife and daughter. When he's not drawing, he loves going to the cinema, walking in nature, and playing with his daughter.

Other titles by Aviaq Johnston

Why Is She Mad at Me?

Those Who Dwell Below

Other titles by Jesus Lopez

Robert Moves to the City

TJ and the Move