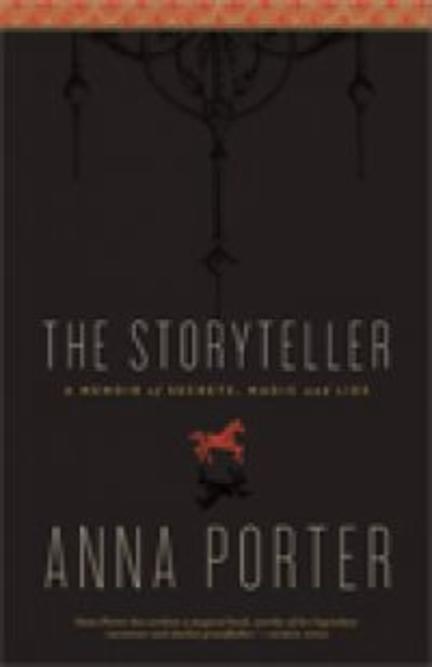 Born in 1889, Anna Porter's grandfather, Vili Racz, was a patriot and Olympic athlete, a magician and a lawyer, a publisher and a prisoner, a philanderer and a devoted family man. On long walks through the once-grand European capital of Budapest, in confidences whispered in splendid fin-de-siecle coffee houses, Vili shared his stories of heroes and hardships, war and revolution. Vili's stories are the foundation of this vivid memoir, which follows Anna and her family from the tumultuous years of the Second World War to the Hungarian Revolution and their exile to New Zealand. Through young Anna's eyes, we accompany her to prison with her mother, see her beloved Vili unjustly sentences to hard labour, and witness unspeakable human loss in the streets of Budapest during the failed uprising against the Communists.

Anna Porter was born in Budapest, Hungary, during the Second World War and escaped with her mother at the end of the 1956 revolution to New Zealand, where she graduated with an MA from Christchurch University. Like so many young Kiwis, after graduation she travelled to London, England, where she had her first taste of publishing. In 1968, she arrived in Canada, and was soon swept up in the cultural explosion of the 1970s. At McClelland & Stewart, run by the flamboyant Jack McClelland, she quickly found herself at the heart of Canadian publishing. In 1982, she founded Key Porter Books and published such national figures as Farley Mowat, Jean Chrétien, Conrad Black, and Allan Fotheringham. She went on to write both fiction and nonfiction works, including Kasztner’s Train, which won the Writers’ Trust Nonfiction Prize and the Jewish Book Award, The Ghosts of Europe, which won the Shaughnessey Cohen Prize for Political Writing, and has published four mystery novels. She is an Officer of the Order of Canada and a recipient of the Order of Ontario. She lives in Toronto with her husband, Julian Porter. Visit her at AnnaPorter.ca.

"Enchanting...this is a fascinating story, movingly told...The Storyteller speaks eloquently to the uses -- and misuses -- of history and the power of narrative...Vili would have been proud."

"A superb book; finely written, embracing in its vision, and full of the little touches that make good memoirs come alive."

Other titles by Anna Porter

Journeys through Central Europe's Troubled Past and Uncertain Future

The True Story of Rezso Kasztner, Unknown Hero of the Holocaust