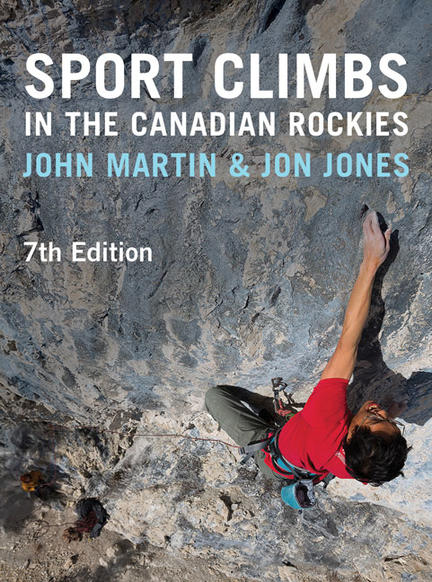 With over 15,000 copies of previous editions sold internationally, this completely revised and updated new edition is now in full colour and destined to remain the bestselling guide to one of the world’s most stunning mountaineering hotspots.

Originally published in 1995, Sport Climbs in the Canadian Rockies continues to be the quintessential guidebook that both local and visiting climbers reach for when travelling to Western Canada. Featuring over 2,300 routes located throughout the Bow Valley, including climbs at Banff, Canmore, Lake Louise, Kananaskis Country and the Ghost River region, this new edition features eight new areas, 500 new routes, the latest updates, full-colour maps and photos and over 300 marked topos. All routes include difficulty classifications and are completely indexed, including first-ascent information.

John Martin, a Calgary native, is an environmental consultant and the author of 13 climbing guides. He has been climbing in the Rockies since 1963 and developing sport routes there since 1983. John lives in Calgary, Alberta.

Jon Jones started rock climbing on the gritstone edges of his native England at the age of 15. He moved to Calgary in 1967 and has been active in the local climbing scene ever since. A recently retired university geology instructor, he now spends his time rock climbing in the Rockies, the Okanagan and, when winter arrives, in Australia.

Other titles by John Martin

Sport Climbs in the Canadian Rockies

Other titles by Jon Jones

Sport Climbs in the Canadian Rockies