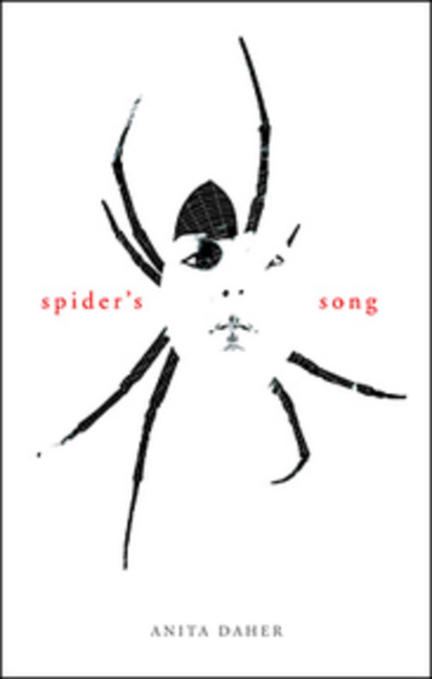 I was smarter. I was always smarter. A little cut-cut, drip-drip, blood saved and sprinkled.

Stuck in Yellowknife with her crazy grandmother, AJ is one angry girl. She’s lonely, too, and her blog has become her main source of contact with the world. It is there she reveals her innermost hurts—the absence of her mother, who has gone back to school; and of her father, who abandoned AJ when she was just a little girl; and the moving around she and her mother have had to do every few years for reasons she has never understood. And recently, she’s begun to cut herself—a powerful habit and shame she is trying to overcome.

Then a festival is held in Yellowknife, and AJ is befriended by a travelling musician, a man to whom she finds herself instantly drawn. Soon, she realizes that he may be her father.

Anita Daher draws writing inspiration from the many places she's been blessed to spend time which include Summerside, PEI; Yellowknife, NT; Churchill, MB; Baker Lake, NU and Sault Ste. Marie, ON. She's been entrenched in the book publishing industry for several years writing books, articles and reviews, leading workshops and presentations, and has worked on the publishing end of things as a marketing director. Previous occupations include flight service specialist, radio broadcaster, lunch truck driver, and grave-plot salesperson. She likes writing best, as she never has to take off her slippers, can wear a funny hat, and can hold conversations with the statues and stuffies that keep her company.

Anita holds memberships in The Writers' Union of Canada, The Canadian Children's Book Center, The Manitoba Writers' Guild, The Saskatchewan Writers Guild, and was a founding member of the Territorial Writers Association. When she's not writing, she likes to spend time baking, playing her guitar (badly), and turning her backyard garden into a haven for neighbourhood bunnies. Anita currently resides in Winnipeg, Manitoba, with her husband, two daughters, a basset hound, and a Westfalia camper van named Mae.

AJ’s an angry, isolated girl who lives in Yellowknife. She befriends a travelling musician at a local festival, who she gradually realizes may be the father who abandoned her when she was a little girl. Or is he?

Other titles by Anita Daher

The Mythic Adventures of Samuel Templeton

You Don't Have To Die In The End

Forgetting How to Breathe

Stories of Hope, Resilience and Life After Gangs

On the Trail of the Bushman

Poachers in the Pingos