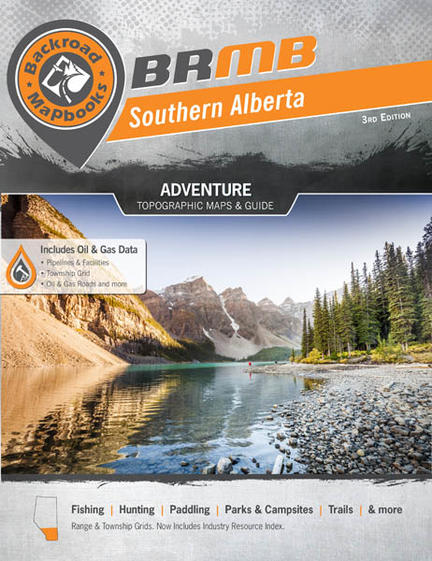 From the snow and ice capped peaks of the Rocky Mountains to the sprawling foothills and prairie grasslands that stretch endlessly towards the eastern horizon, Southern Alberta is a land of great contrast, and even greater natural beauty. Rivers descend from the mountains to meander across the flatlands, creating a fertile landscape with a rich farming and ranching heritage. With such a diverse topography, outdoor recreational options vary greatly across the different parts of this region. Wherever you go in Southern Alberta, you will find something unique to see and do. To better help you navigate this diverse part of Canada, the latest edition of our Southern Alberta Backroad Mapbook contains numerous updates and improvements that will keep you pointed confidently in the direction of your next adventure.