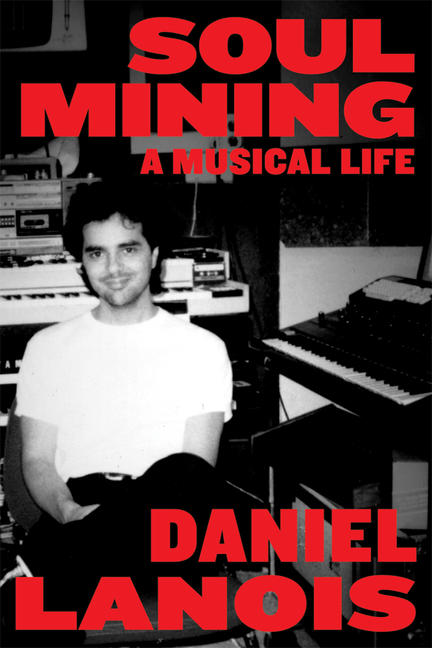 Bob Dylan, Willie Nelson, Emmylou Harris, U2, Peter Gabriel, and the Neville Brothers all have something in common: some of their best albums were produced by Daniel Lanois. A French-speaking kid from Canada, Lanois was driven by his innate curiosity and intense love of music to transcend his small-town origins and become one of the world's most prolific and successful record producers, as well as a brilliant musician in his own right. Lanois takes us through his childhood, from being one of four kids raised by a single mother on a hairdresser's salary, to his discovery by Brian Eno, to his work on albums such as U2's The Joshua Tree, Bob Dylan's Time Out of Mind, and Emmylou Harris's Wrecking Ball. Revealing for the first time his unique recording secrets and innovations, Lanois delves into the ongoing evolution of technology, discussing his earliest sonic experiments with reel-to-reel decks, the birth of the microchip, the death of discrete circuitry, and the arrival of the download era. Part technological treatise, part philosophical manifesto on the nature of artistic excellence and the overwhelming need for music, Soul Mining brings the reader viscerally inside the recording studio, where the surrounding forces have always been just as important as the resulting albums. Beyond skill, beyond record budgets, beyond image and ego, Lanois's work and music show the value of dedication and soul. His lifelong quest to find the perfect mixture of tradition and innovation is inimitable and unforgettable.

Daniel Lanois is one of the most respected and sought-after producers in the music industry. He has won eight Grammy Awards and is also well known for his own music. He is currently in the band Black Dub.

"This book is bursting with memorable anecdotes about [Lanois's] collaborators, another of the debut author's many gifts to fans of rock and country music." -- Kevin Canfield, San Francisco Chronicle

"The master musician and producer offers a typically idiosyncratic take on his life and art . . . Readers will savor the unique character of the producer's unconventional technique, which often employs setting up a jerry-rigged studio with vintage gear in an exotic locale. . . Lanois' book bursts with atmosphere and feeling. He is that rare breed, a lyrical technocrat, and he emerges from the work as one of music's most unusual and charismatic figures. There's really nothing like this oft-rapturous work in the canon of musical memoirs." -- Kirkus (starred review)

"In his humble, self-effacing memoir of growing up poor in Canada, Lanois, born in a small Quebec town, describes the difficulties he faced . . . He discusses specific albums, including U2's The Joshua Tree and the Unforgettable Fire, Dylan's Oh Mercy and Time Out of Mind, and Harris's Wrecking Ball. And that makes this a real treat for serious music fans." -- Booklist

"Daniel Lanois' memoir could've easily been a 'look-at-where-I've-come-from-and-look-what-I've-accomplished' bit of swagger and boast -- but it never comes close to being that. As he swings from sounding like an excited young Edison as he and Brian Eno unlock sonic secrets, to remembering his young-boy fear of forgetting the addresses of any of his 120 newspaper route customers, Lanois writes with an openness and honesty about himself that leaves you feeling this is truly an interesting and humble man. When he describes some of the processes used in recording the highly successful albums he's produced, Lanois does it in a way that explains what he was feeling and what he was looking for; he makes the case and leaves you understanding where his heart was at the time. It's that passion thing; Soul Mining is packed with it." -- Brian Robbins, Glide Magazine