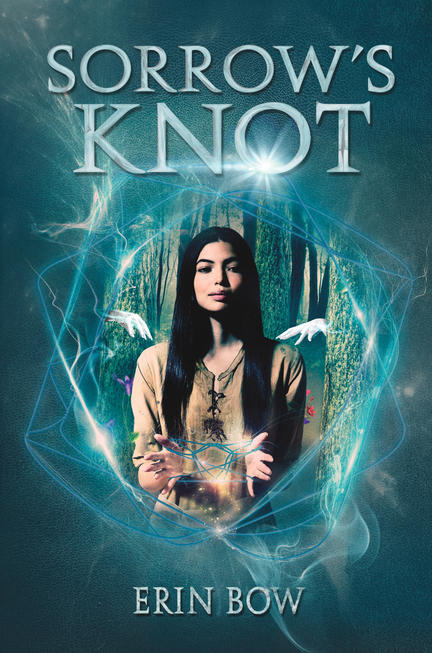 Winner of the 2014 Monica Hughes Award for Science Fiction and Fantasy, from the author of PLAIN KATE

At the very edge of the world live the Shadowed People. And with them live the dead.

There, in the village of Westmost, Otter is born to power. She is the proud daughter of Willow, the greatest binder of the dead in generations. It will be Otter’s job someday to tie the knots of the ward, the only thing that keeps the living safe.

Kestrel is training to be a ranger, one of the brave women who venture into the forest to gather whatever the Shadowed People can’t live without and to fight off whatever dark threat might slip through the ward’s defenses.

And Cricket wants to be a storyteller -- already he shows the knack, the ear -- and already he knows dangerous secrets. But something is very wrong at the edge of the world. Willow’s power seems to be turning inside out. The ward is in danger of falling. And lurking in the shadows, hungry, is a White Hand, the most dangerous of the dead, whose very touch means madness, and worse.

Sorrow's Knot by Erin Bow is a fantastic Canadian YA novel. It is as beautifully written as the beautiful overarching metaphor of weaving/creating. This is a fantasy YA story for readers ages 12 & up.

Spirits and magic play a large role in this book, and the heroes are underdogs, fated to bring peace and balance to the world. Death is also prominent and threatens the characters with its violence and unpredictability. Ideas about the afterlife and the manifestation of spirits may upset parents/readers with strong religious values. However, the book doesn't push native (or any!) type of belief system. It's simply a fact of life; people die and their spirits linger and must be held at bay. No propaganda present.

I enjoyed the beauty of the story, especially the writing. However, to be honest, I had difficulty getting invested in the story as I often found myself getting bored and distracted. There wasn't enough character development or enough background or explanation about this supernatural world to appease me. I also think it would have been better as a darker story; more detail, more violence in the supernatural area, more mystery, and more suspense. Then again, this book reads very "literary." It's certainly not teen-trash or a fluffy read, that's for sure!

Lastly, I dislike having a generalized evil to oppose the heroes. The antagonists are uneasy spirits and their touch is poison to a living person; a sign of doom. The other great evil is human error. I wanted someone to blame, to fear; the handprint of a spirit on a living person was too reminiscent of Treasure Island's black spot. Sorry-- this was a yawn moment for me.

Overall, after reading this book, I can see why Sorrow's Knot is an award-winning book and I do recommend it. It is a fabulous piece of Canadian YA fiction. The content didn't interest me much, but the writing is wonderful, the plot is deep and filled with the supernatural.
3 stars.

Other titles by Erin Bow

Stand on the Sky