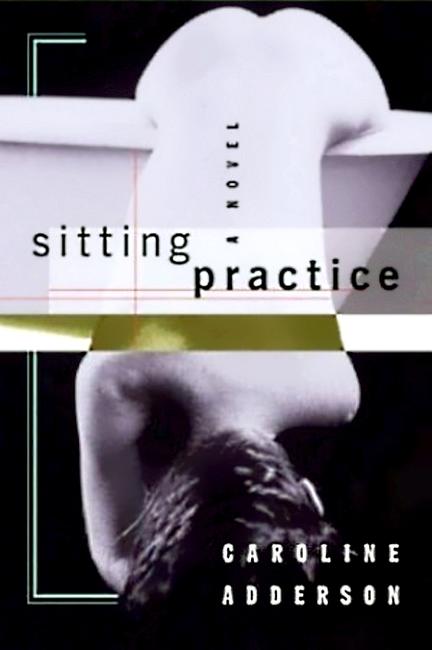 Three and a half weeks after his wedding, Ross Alexander is driving home from a tennis game with his new bride when a wayward tennis ball rolls under his feet. As his wife Iliana removes her seatbelt to retrieve the ball, a truck slams into the car, and she ends up paralyzed and in a coma.

So begins this extraordinary portrait of a fated marriage. Ross struggles with the guilt over the consequences of his wife's paralysis and for the imagined life that is now forever lost. He turns to an exploration of Buddhist principles to ease his pain. He must also contend with his codependent twin sister, Bonnie, mother of his adored nephew, who is jealous of the other woman in her brother's life.

Iliana must deal with her new existence as a wheelchair-bound wife, her husband's feelings of alienation, and their aching and growing lack of intimacy. In this stunning new novel, acclaimed writer Caroline Adderson shows how lives can change forever because of one fateful moment.

With characters that are achingly real, Adderson demonstrates why she is one of Canada's most talented and significant writers.

Caroline Adderson crafts a story that is both powerful and delicate at the same time.

...a fine treatment of a difficult subject and a rewarding read.

...compulsively readable... Adderson's prose is characterized by fierce intelligence, razor-sharp wit and wry omniscience. She writes with a tone of subdued mirth or bemused wisdom that lends the book both immediacy and intimacy.

Adderson is a shrewd writer, and she gets exactly right the many sadnesses that affect Iliana and Ross's lives.

The balance of trivial and profound is almost Zenlike: life includes everything... This is a writer with all the talents required to keep on delivering.

The beauty of Sitting Practice lies in its conviction that true love can endure the inendurable...[Adderson's] book, rich in healthy empathy, leaves us with the sobering realization that no partnership remains forever equal.

Adderson achieves a remarkable effect with her prose. Its clarity is so overwhelming that it becomes intoxicating... Adderson has done a terrific job in Iliana by showing how the wheelchair is not the person.

Sitting Practice charms... with its exuberant, generous take on life and love.

This book... is not a weepy tear-jerker. Nor is it a heart-wrenching story of the human spirit overcoming adversity. Instead, it's a smart, funny look at how events can change people and relationships.

... Adderson's book is serious, unsentimental, and poignant in its preference over snappy melodramatic plotting and filled with fresh, acute and moving moments...There are no quotation marks hovering over these characters; they're refreshingly unrepresentative, totally specific, memorable.

Sitting Practice is far from bleak. The writing is whip-smart and amusing.

...a good novel and an unusual one, an impressive accomplishment from another of the country's talented young writers.