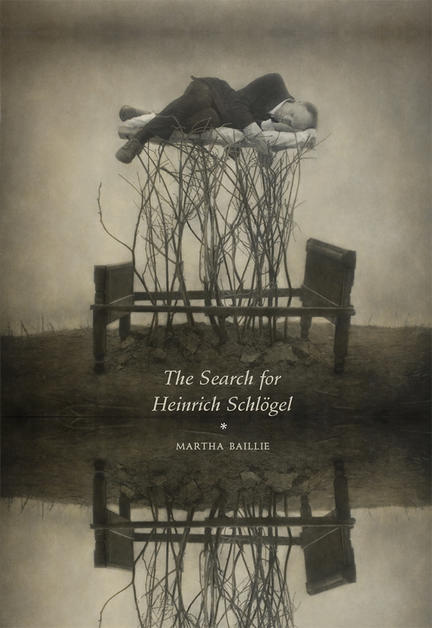 The story of a young man who escapes the claustrophobia of small-town Germany by travelling to Canada, where he sets out on a long solo hike into the interior of Baffin Island. Soon time begins to play tricks on him. Yanked from the twentieth century and deposited in the twenty-first, Heinrich lands in a disorienting, digital Present where a computer-nimble Pangnirtung teenager befriends him. She lives with her grandmother who rents Heinrich a room. | "Capacious, capricious, mischievous, The Search for Heinrich Schlögel moves like a quantum experiment, defying boundaries of time, place, chronology. Fluid as light itself, animated by startling imagery, vivid and peculiar characters, The Search for Heinrich Schlögel is a hymn to brooding memory, the enduring need to inhabit story, and a haunting insistence upon endless possibilities within possibility. That is to say, hope." “Gina Ochsner, author of The Russian Dreambook of Color and Flight | The Search for Heinrich Schlögel will be published simultaneously in the U.S. by Tin House

Martha Baillie was born in Toronto. After studies at the University of Edinburgh and the Sorbonne in Paris, she returned to Toronto where she continued her studies at the University of Toronto, and for a time trained as an actor. It was following a year of extensive travel in Asia in 1982 that Baillie began writing, and had her first poems and a novel published. She is the author of three previous novels, and has been published in Canada, Germany and Hungary. Her poems have appeared in journals such as Descant, Prairie Fire and the Antigonish Review. The Legacy of Joseph Wagenbach, was published by Brick in 2007. Her manuscript-based sculptural installation, Core Sample, has been shown in the Sidespace Gallery and the Type Books basement gallery. She has worked part time for the Toronto Public Library in branches throughout the city, for close to twenty years. Baillie is a bilingual storyteller (English/French) who has told in schools around the city and at the Toronto International Storytelling Festival.

Praise for The Incident Report

?A beautiful derangement. Martha Bailie's novel references everything from Satie's Variations to the Brothers Grimm. Along the way, it offers readers the utter virtues of getting completely lost.?

?Baillie is a subtle portraitist and creates an engaging heroine with rich psychological nuance.?

?Baillie's unsettling dreamscape — seems to speak to a host of unsaid violations — But all is not darkness. *The Incident Report* is also very funny.?

Praise for The Search for Heinrich Schlögel

?Martha Baillie has written a timeless masterpiece. Every page is full of haunting wonderment. Truly, I know of no novel quite like it—it's a blessing. The Search for Heinrich Schlögel has dreamlike locutions, it tells the most unusual tale, and it brings the margins of the world to us with photographic immediacy. I was completely transported.” “Howard Norman, author of Next Life Might Be Kinder

Baillie delivers a work of magical realism that captures the experience of postcolonial guilt ... and gives voice to a silenced past. “Starred and boxed Publishers Weekly

The Search for Heinrich Schlögel is utterly distinctive, a fictional biography that drifts so imperceptibly into dream that it's impossible to tell where the reality of it ends and the fantasy begins. There's something of Nabokov here, and also something of Rip Van Winkle. Baillie has written an ode to those things that resist time, like a photograph, and those things that relinquish themselves to it, like a painting, resulting in a novel that is itself a little bit of both. “Kevin Brockmeier, author of The Illumination

Martha Baillie's extraordinary The Search for Heinrich Schlögel is not quite like any other book I—ve read. It invites us on a hallucinatory journey to the Arctic and through time. It asks us to live with mystery and wonder, which is what a work of art does. If it reminds me of anything, it is the fabulous, shape-shifting novels of the Icelandic writer Sjón. “Catherine Bush, author of The Rules of Engagement and Accusation

How is it possible to find a person who doesn—t know he's missing” How can we be entangled in the world, in history, and live a moral life” Heinrich Schlögel doesn't give up his secrets easily, but as time collapses and opens, an extraordinary person, and an astonishing reading experience, come into existence. Martha Baillie's new novel is entirely original, remembered yet created, truthful yet fictional, old, alive and visionary. “Madeleine Thien, author of Dogs at the Perimeter

At the heart of Martha Baillie's fragmentary, highly original new novel is an inexplicable event. In 1980, at age 20, Heinrich Schlögel escapes his West German birthplace to hike Baffin Island's interior. The trip lasts two weeks, but when he returns the year is 2010 and he has not aged a day. His biography, the one we read, comes to us via an amateur archivist (also German, transplanted in Toronto) who has compiled “the Schlögel archive?: letters, photographs, books read, and other bits of ephemera related to the young man. How much of the story is the archivist's invention” The use of an unreliable narrator has a point here: Baillie is turning the tables on the European, who has taken the place usually held by the “native” as specimen of study. The result is a philosophic, absorbing read on photography, the North, colonialism, ethnography, and the nature of time. - Jade Colbert, The Globe & Mail

Other titles by Martha Baillie

The Search for Heinrich Schlogel

The Shape I Gave You

New Books About the North

Top Of Her Game