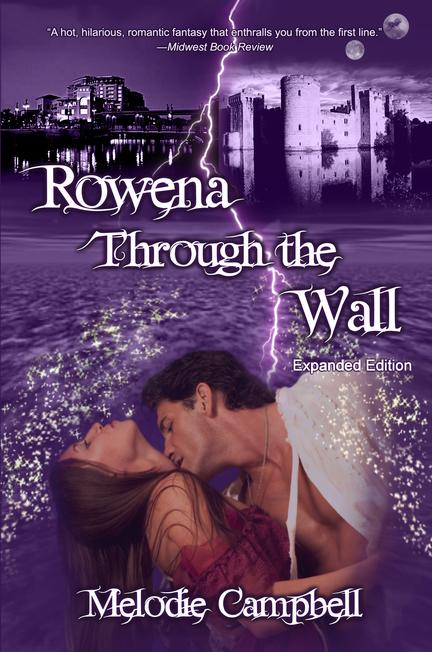 Book 1 in the Land's End series

When Rowena falls through her classroom wall and lands in an alternate world, she doesn’t count on being kidnapped?not once, but twice?and the stakes get higher as the men get hotter.

College instructor Rowena Revel has a magical gift with animals and a huge problem. Gorgeous tunic-clad men keep walking through the wall of her classroom. If that isn't enough, she's being haunted by sexy dreams in a rugged land. Curious, she checks out the wall and falls through a portal into the world of her dreams.

After years of war, women are scarce. Rowena finds herself in a heap of man-trouble when she 'accidentally' marries distant cousin Ivan. Enter Cedric, who dabbles in black magic and has an even blacker heart. Throw in a Viking, the local wolf-king, a band of brigands and a goth-clad student who follows her through the portal, and Rowena is off on a rollicking adventure.

Unwanted husbands keep piling up, but that doesn't stop her from falling for the wrong brother. Not only that, she has eighteen year old Kendra to look out for and a war to prevent. Good thing she has the ability to go back through the wall. Or does she?

*This new Expanded Edition comes with a brand new ending based on a sequel the author had planned but readers couldn't wait for.

Other titles by Melodie Campbell

The Goddaughter Does Vegas

The B-Team: The Case of the Angry First Wife