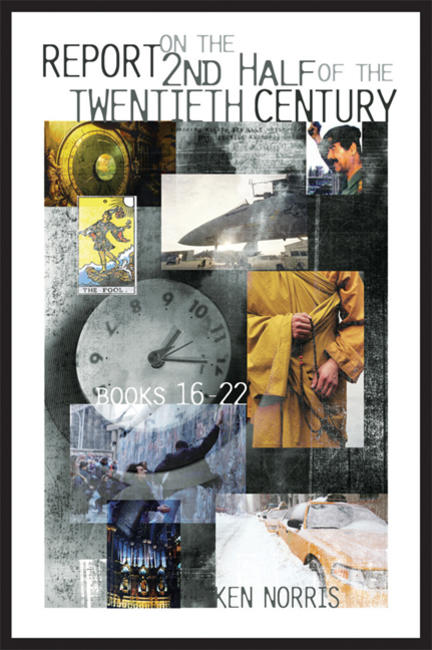 Report on the Second Half of the Twentieth Century: Books 16-22 is the final instalment in the multi-book long poem Ken Norris began in 1977. The seven books collected here were written between 1989 and 2000. This volume extends and completes the 22-book sequence and brings it to its intriguing conclusion. The format and content concerns of these seven books are diverse and far ranging. Book 16, ""Notes for Reconstructing Babylon,"" explores the cultural and spiritual realities of a long vanished Mesopotamian civilization, while also keeping an eye on the first Gulf War that is gathering on the horizon. Fragments from the ""Lost Book of Mu"" (Book 17) is a meditation on the fabled ""lost continent"" of the Pacific. ""The Book of Broken Moonlight"" (Book 18) and ""Boulevard Saint Laurent"" (Book 19) survey the ecstasies and vicissitudes of post-modern love. In Book 20, ""Judgement, or The Wordsworth Project,"" Norris traces the roots of the contemporary long poem while walking the history-haunted streets of Prague; in ""Blizzard of the World"" (Book 21) he brings the curtain down on the 20th century, while also finding time to investigate the tragic realities of Shakespeare''s King Lear. The final book, "The Book of the Fool," addresses the folly of a world subject to the forces of history.

Ken Norris was born in New York City in 1951. He emigrated to Canada in the early seventies, where he quickly became one of the infamous Vehicule Poets, essential in helping to develop and maintain a particular style of Anglo-poetry in Montreal.

One of Canada’s most prolific poets, Ken Norris has always given his readers subtly capricious and edgy poetry that reveals unanticipated possibilities and explores new horizons. He is the author of two dozen books and chapbooks of poetry, and is the editor of eight anthologies of poetry and poetics. His work has been widely anthologized in Canada and throughout the English-speaking world, as well as published in translation in France, Belgium, Israel and China. Quebec poet Pierre Des Ruisseaux has translated two of his books into French, La route des limbes (Limbo Road, Écrits des Forges) and Hotel Montréal (Éditions du Noroît).

Norris teaches Canadian literature and creative writing at the University of Maine. He divides his time between Canada, the United States and Asia.

Other titles by Ken Norris

The Way Life Should Be

Sleepwalking Among the Camels