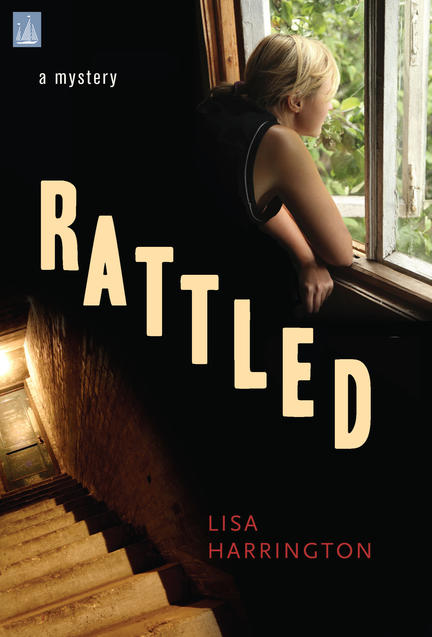 It's just all so unfair. My ditzy sister is trying to get her claws into my future husband, plus, I'm pretty sure I'm living across the street from a murderer, and of course no one believes me. Could my life get any suckier? I didn't know it yet, but apparently it could.

Fifteen-year-old Lydia, resigned to a boring summer in Halifax, is thrilled when Megan and her totally hot brother, Sam, move in across the street. But their rude and hostile mother, Mrs. Swicker, is strangely protective, and does everything she can to stop Lydia and her older sister, Jilly, from getting anywhere near her kids.

One day Lydia accidentally stumbles across something very puzzling in the Swickers' basement. Determined to find some answers, Lydia enlists the help of Jilly. But the further they investigate, the more bizarre the discoveries.

Lydia's suspicions about Mrs. Swicker are mounting, but she has no idea what a twisted, dangerous secret she has uncovered until it's too late.

Resigned to a boring summer in Halifax, 15-year-old Lydia is thrilled when she sees Meghan Swicker and her hot older brother Sam move into the house across the street. But their rude and hostile mother does everything she can to stop Lydia and her flirty older sister, Jilly, from getting close to the new neighbours. One day, Lydia stumbles across two baby rattles hidden in a box in the Swicker’s basement, along with a gun. As she and Jilly investigate further, they do not realize just how twisted and dangerous a secret they have uncovered — until it’s almost too late.

Taking the uncommon approach of starting her prologue with a scene from the end of the story, the author immediately hooks readers by teasing them with choice bits of information. Lydia, the protagonist is standing in a blood-soaked kitchen, surrounded by police and shocked, disbelieving neighbours. As readers move on to the book’s early chapters, they quickly learn that the Swickers are somehow connected to these events.

Far from a seasoned detective, Lydia is an average, likeable teenage girl with whom readers will easily identify. She befriends the Swickers as a means of staving off boredom over the summer, but immediately senses that something is off about them. A series of accidental but odd events fuel her suspicions and her curiosity, pushing her to investigate further.

The story is well-paced, and the author does an excellent job of keeping readers guessing until the end. The Internet and social media sites play a huge part in solving this mystery, and teens will appreciate the ease with which the characters track down information.

Overall, author Lisa Harrington has created a solid mysterythriller in Rattled, that will easily appeal to fans of Norah McClintock or Caroline B. Cooney.

Lydia is not looking forward to summer break until Megan and Sam Swicker move in across the street. Their rude and hostile mother doesn’t want Lydia and her sister Jilly anywhere near her kids and will go to great lengths to stop a friendship from developing. When Lydia finds two mysterious rattles hidden in the Swickers’ basement, she doesn’t realize what a twisted, dangerous secret she’s uncovered.