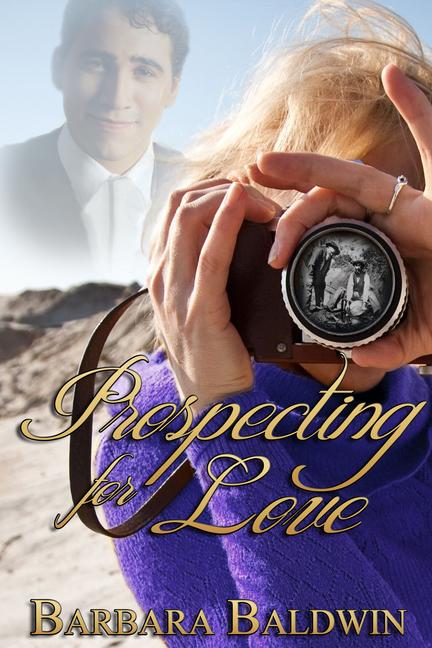 Take two old prospectors, one modern day writer/photographer, and one handsome, if somewhat absent-minded mine owner and mix them up with an explosion gone awry in the Nevada mining town of Peavine. Add to that a time difference of over 145 years, and the chances for mishaps, mayhem and romance are as abundant as the gold mines scattered in the hills. Prospectors Zeke and Lucky died in 1870, but as ghosts have been challenged to find a way to undo the accident that killed their friend, Jesse Cole. When they spy Ellie wandering around the ghost town of Peavine, they transport her back to a time prior to the accident, but because she knows nothing about that century, they must act as her mentors to keep her from blurting out the truth. Ellie, a thoroughly modern woman, has a hard time coping without a microwave, electricity or other modern conveniences, and she really, really does not want to be in 1870. But then she meets Jesse, the man she must save from an untimely death. His gallantry and handsomeness, not to mention the terrific way he kisses, soon has Ellie questioning her need to return to the twenty-first century.

Stuart R. West is a lifelong resident of Kansas, which he considers both a curse and a blessing. It's a curse because...well, it's Kansas. But it's great because…well, it’s Kansas. Lots of cool, strange and creepy things happen in the Midwest, and Stuart

If you have never read a Barb Baldwin book, you do not know what you are missing. Prospecting For Love is perhaps the best of Ms. Baldwin’s this reviewer has read…Twists, turns, memorable characters and a “can’t put down” story are the trademarks that make Ms. Baldwin’s stories so wonderful.

Other titles by Barbara Baldwin

The Lost Knight of Arabia