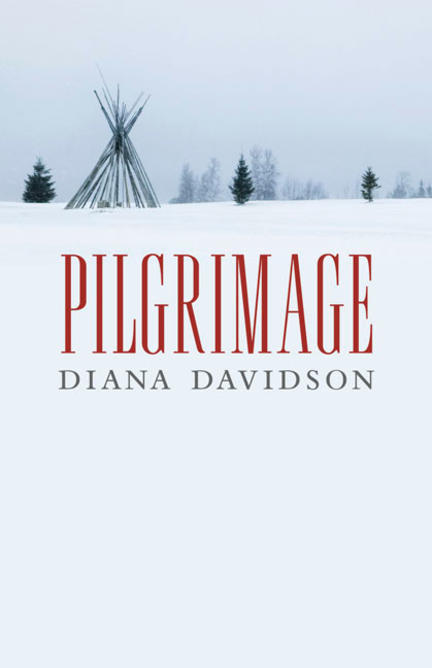 Pilgrimage opens in the deep winter of 1891 on the Métis settlement of Lac St. Anne. Known as Manito Sakahigan in Cree, “Spirit Lake” has been renamed for the patron saint of childbirth. It is here that people journey in search of tradition, redemption, and miracles.

On this harsh and beautiful land, four interconnected people try to make a life in the colonial Northwest: Mahkesîs Cardinal, a young Métis girl pregnant by the Hudson Bay Company manager; Moira Murphy, an Irish Catholic house girl working for the Barretts; Georgina Barrett, the Anglo-Irish wife of the hbc manager who wishes for a child; and Gabriel Cardinal, Mahkesîs’ brother, who works on the Athabasca river and falls in love with Moira. Intertwined by family, desire, secrets, and violence, the characters live one tumultuous year on the Lac St. Anne settlement—a year that ends with a woman’s body abandoned in a well.

Set in a brilliant northern landscape, Pilgrimage is a moving debut novel about journeys, and women and men trying to survive the violent intimacy of a small place where two cultures intersect.

Diana Davidson is an award-winning author of creative non-fiction. She won the Writers' Guild of Alberta's Jon Whyte Memorial Essay Prize and was longlisted for the CBC Writes CNF Prize. Her writing has appeared in Alberta Views Magazine, Avenue Edmonton Magazine, and the Winnipeg Review. In 2011, she was chosen as one of Avenue Edmonton Magazine's "Top 40 Under 40." Diana currently works as the director of the Public Library Services Branch for the Provincial Government of Alberta. Pilgrimage is her debut novel. Visit Diana at dianadavidson.weebly.com, and follow her on Twitter at @DianaDavidson16.

"Davidson's work . . . is not for tender bellies. Pilgrimage is a serious work of litearature that compels the reader to ask questions about how Canada's past has shaped our bodies and voices, about the realitites of aboriginal ownership of land, and about the historical ownership of women's bodies by men." —The Humber Literary Review

"The women in Pilgrimage live a hard life. They have little power and few choices. Yet, they find ways to survive. They care for each other and dare to dream and love. Their inner strength and resilience is what gives this tragic story hope." —The Winnipeg Review

"Diana Davidson does a solid job in her debut novel, Pilgrimage, of recreating both the physical landscape of Lac St. Anne, in the Edmonton, Alberta, area, and the ideologies that affect its inhabitants’ behaviour from December, 1891 to March, 1893." —The Coastal Spectator

Crafted with care and with love, this beautifully constructed novel reveals hard truths and difficult secrets. Diana Davidson is a writer of great honesty and integrity, a writer to trust. —Pauline Holdstock, author of Into the Heart of the Country

"...an edifying, smartly written portrait of northern Alberta in the 1890s with characters that stick to the bones." —The Edmonton Journal

"Davidson’s Pilgrimage is a stunning novel that recreates a wild and grim Canada, a time rife with sexism and racism, a time that has been re-written and re-imagined by historians and scholars over the years. Davidson has masterfully turned the tables on these historical “facts” by using them create a fictional world more real than the one found in any history book." —PRISM International

Set in a brutal time, this novel is both lovely and ultimately heartbreaking. This is a stunning tale of survival, sex, and secrets. Diana Davidson is a writer to watch—this is a BRAVA! debut novel. —Thomas Trofimuk, author of Waiting for Columbus

Other titles by Diana Davidson