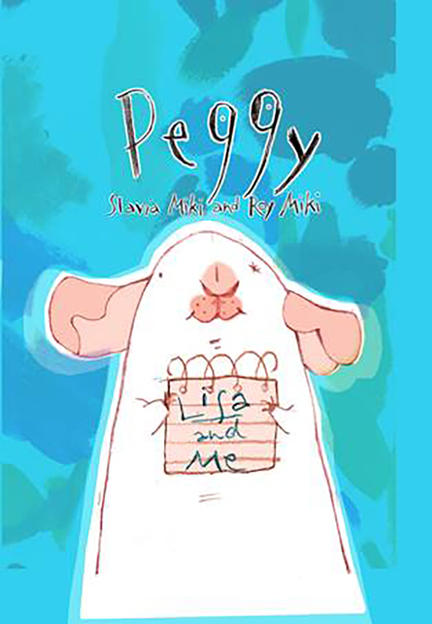 "My name is Peggy and I am a guinea pig. You may wonder why a guinea pig would write her autobiography, but when you hear of my remarkable adventures, I'm sure you'll see why." Told in the voice of a remarkable guinea pig, this charming first—reader will enchant children, parents and teachers alike. Stefan Jorisch's delightful full—colour illustrations bring Peggy alive.

Roy Miki
Roy Miki is a writer, poet, and critic who has taught and written about the work of bpNichol for many years. He was the editor of Pacific Windows: Collected Poems of Roy K. Kiyooka which won the 1997 Poetry Award from the Association of Asian American Studies. His major bibliographic study, A Record of Writing: An Annotated and Illustrated Bibliography of George Bowering, won the Gabriel Roy award from the Association for Canadian and Quebec Literatures as the best book on Canadian Literature for 1991. Miki is also the editor of This Is My Own: Letters to Wes and Other Writings on Japanese Canadians (1985); Tracing the Paths: Reading‚ Writing The Martyrology (1988); co-editor with Cassandra Kobayashi of Justice in Our Time: The Japanese Canadian Redress Settlement, and Meanwhile: The Critical Writings of bpNichol.

Cassandra Kobayashi
Cassandra Kobayashi helped shape the grass-roots community movement in Vancouver to seek redress for the forced removal, internment, and abrogation of the rights of Canadians of Japanese ancestry. She served on the national Redress Committee that negotiated the historic 1988 settlement with the Government of Canada. The struggle for redress is documented in her book, Justice in Our Time: The Japanese Canadian Redress Settlement, co-authored with Roy Miki.

Slavia Miki is a life coach and studied feng shui under the late Henry Dorst. She earned her teacher’s licence in ikebana while living in Tokyo.

Stephane Jorisch is an award-winning artist and designer living in Montreal. He is the illustrator of "The Village of a Hundred Smiles and Other Stories" (1998), "The Magic Mustache" (1999) and "The Trial of the Stone" (2000).

Other titles by Roy Miki

The Artist and the Moose: A Fable of Forget

Resituating the Study of Canadian Literature

The Critical Writings of bpNichol

Other titles by Slavia Miki

Other titles by Stéphane Jorisch

What Does It Mean to Be Kind?

A Gift for Sophie

My Name Is Chicken Joe

by (author) Trout Fishing in America
illustrated by Stéphane Jorisch