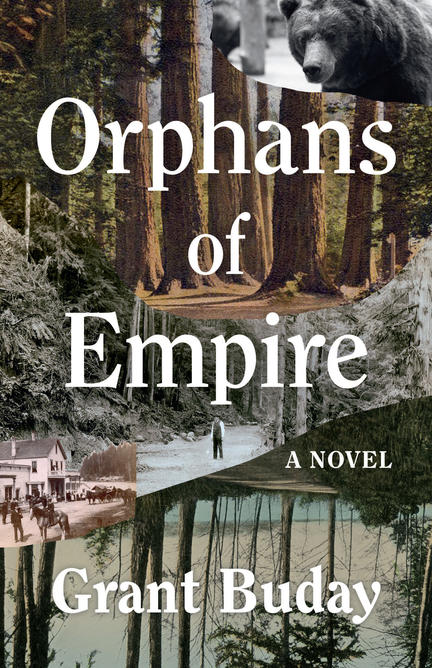 "Meticulously researched and vividly drawn, Orphans of Empire brings to life the half-forgotten world of early British Columbia. This is an immersive, shimmering novel." &mdash;Steven Price, author of #1 nationally bestselling By Gaslight and Giller-shortlisted Lampedusa

In Grant Buday's new novel, three captivating stories intertwine at the site of the New Brighton Hotel on the shores of Burrard Inlet. In 1858 the serious and devoted Sir Richard Clement Moody receives the commission of a lifetime when he is sent to help establish "a second England"—what is now British Columbia. In 1865 Frisadie, an eighteen-year-old Kanaka housemaid, who is more entrepreneur than ingénue, arrives in New Brighton from Hawaii. She convinces Maxie Michaud to purchase the hotel with her, and it soon becomes the toast of the inlet. In 1885 Henry Fannin, a young, curious embalmer and magnetism devotee, having struck out in London and San Francisco, arrives in New Brighton and promptly falls in love with a tragic woman he hears crying on his first night at the hotel.

Endearing, funny, and highly evocative of time and place, Orphans of Empire celebrates those living in the shadow of history's supposed heroes, their private struggles and personal agendas. Readers who loved Michael Crummey's Galore and Eowyn Ivey's To the Bright Edge of the World, will love this vivid novel of arrivals that prods at the ethics of settlement.

Grant Buday is the author of four novels: Rootbound, White Lung (Anvil Press), Under Glass, The Venetian, and A Sack of Teeth. White Lung was a finalist for the City of Vancouver Book Prize, as was his last collection of stories, Monday Night Man (Anvil Press). The Green Gold Rush, a screenplay based on the marijuana industry in BC, was a co-winner of the Praxis Centre for Screenwriters spring 1998 screenplay development workshop.

"My favourite novel of 2020 . . . tells the story of three rather lost souls endeavouring to make a life in the new colony of British Columbia— there’s a vast amount of mud and rats, stumps, rain, alcohol and corruption, but a lot of tenderness as well, and a very sensitive, delicate portrayal of the First Nation people who were present, but in a rather sad way, silent amongst all the confused activity and conundrums of the new settlers." —Times Colonist

"Something of the upholstered style of the Victorian novel lingers here. But more tellingly, I think Buday is at play, losing himself in the patterns of words animating BC spaces for the sheer delight of it." —The Ormsby Review

"The three intersecting storylines blur at their edges creating a feeling of peering through a historical kaleidoscope . . . [For those who like] the fusses and foibles of historical figures, imagining British Columbia before most of the big trees were chopped down, fighting over where the capital should go." —Book Island blog

"Deftly written and filled with subtle, carefully researched detail, these perspectives together offer rich layers of history and ethical quandaries that readers will chew on after the final page. Read if you’re a Hilary Mantel fan, a History Channel enthusiast or like the words of Guy Vanderhaeghe." —Broken Pencil

"With its luxurious descriptions, incisive and sensitive character creation, and plain ol’ delightful play with and in language, Orphans of Empire will transport you out of whatever wet and windy day you might be having. But it also, and importantly, enlarges history by turning a lens on the diverse individuals who lived and were lost inside the ‘bigger’ stories. It feels like a bit of a jailbreak, as he busts Moody, Frisadie, Fannin and others—like James and Amelia Douglas, Judge Matthew Baillie Begbie, and American agent provocateur Ned McGowan—out of the archival confines and into our living rooms, bedrooms, cafes, and libraries for a time. In so doing, Buday’s book reminds us that as the cycle rolls on around us, we’re each playing our part in history right now and are all part of each other’s stories." —Focus

Other titles by Grant Buday

Stranger on a Strange Island

From Main Street to Mayne Island