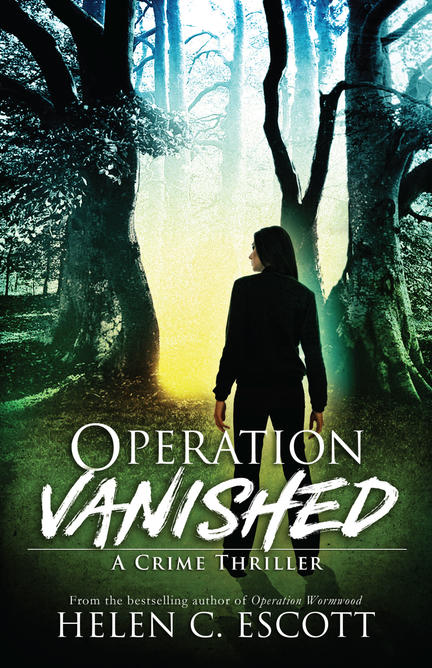 In 2018, the Royal Newfoundland Constabulary executed Operation Wormwood, an investigation into a mysterious disease that targeted some of the worst criminals this province has ever seen.

At the same time, the Royal Canadian Mounted Police were executing Operation Vanished, a special task force whose duty was to solve the historical murders of women and children.

RCMP Corporal Gail McNaughton has just transferred into the Major Crime Unit. As its newest investigator, she is given a stack of missing and murder files dating back to the 1950s. These crimes prove to be a challenge to investigate: most of the witnesses have died or aged, memories have faded, scenes were not secured to today’s standards, and DNA testing was not available at the time. Corporal McNaughton befriends Larry Morgan, an expert on Newfoundland and Labrador history who is also the son of one of the murdered women. Together they put together a list of suspects and begin to dig up ghosts from the past. McNaughton discovers that the files may be linked, and she sets out to prove her theory that a serial killer had been operating in rural Newfoundland when these crimes were committed.

“Operation Wormwood is one heck of a thriller.” — The Telegram

Helen C. Escott is the author of the widely read blog-turned-book I Am Funny Like That, which has over 222,000 readers, and two bestselling crime thrillers: Operation Wormwood, which was nominated for the Arthur Ellis Award for Best First Crime Novel in 2019; and Operation Vanished, which was the Silver Medal Winner for Best Regional Fiction, awarded by the 2020 Independent Publisher Book Awards. Both Operation Vanished and Operation Wormwood have appeared in the Atlantic Books Today top 5 bestsellers lists. Her fourth book is, In Search of Adventure: 70 Years of the Royal Canadian Mounted Police in Newfoundland and Labrador, which profiles retired RCMP members and commemorates their service. And her fifth book, Operation Wormwood: The Reckoning, is the exciting conclusion to the crime novel Operation Wormwood.Helen is used to blazing trails. She is a retired civilian member of the world-renowned Royal Canadian Mounted Police (RCMP). In 1998, she created the RCMP’s Media Relations/ Communications Unit in Newfoundland and Labrador, and she became the first female senior communications strategist and media relations spokesperson for the RCMP in that province.Escott was the communications lead on high-profile events, including the RCMP’s Newfoundland and Labrador response on September 11 after terrorists attacked the World Trade Center in New York City. During her service, she wrote and implemented the Atlantic Region Communication Strategies to combat organized crime and outlaw biker gangs, created the Media Relations course and guidebook used by the RCMP, and was invited to teach the Media Relations course for senior management and RCMP members at the Canadian Police College, Ottawa. Helen is regularly asked to teach this course to other uniformed services. She also served as a communications strategist at the 2010 Vancouver Olympics.Before joining the RCMP, Helen C. Escott worked in the media for 13 years in various positions, including reporter, on-air personality, marketing, and promotions.In 2017, she was presented with the CLB Governor and Commandant’s Medallion in recognition of her achievements of excellence in volunteering and fundraising work, including creating the idea and concept for the Spirit of Newfoundland dinner theatre show Where Once They Stood, a tribute to the Church Lads’ Brigade members who served at Beaumont Hamel.Helen also volunteers with St. Mark’s Anglican Church and created a successful communication strategy to bring people, especially families and members of the LGBTQ community, back to the church.In 2019, she was presented with the Governor General’s Sovereign’s Medal for Volunteers.

Other titles by Helen C. Escott

In Search of Adventure