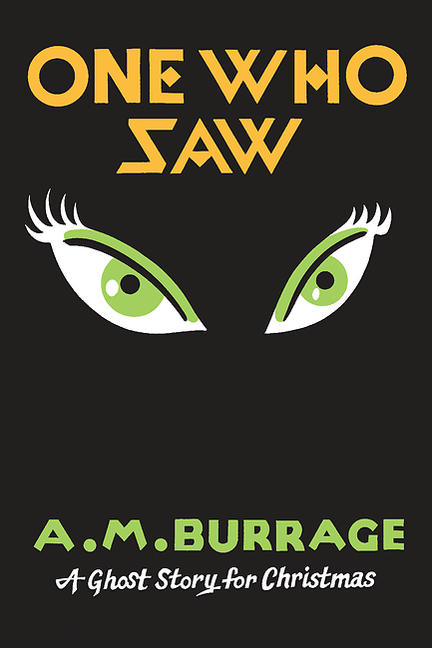 Simon Crutchley, a sensitive writer, flees the clatter of London for the sleepy French city of Rouen. After settling in at l'Hôtel d'Avignon, he sits down to work in its courtyard garden, but finds himself inexplicably blocked. Later that night, while smoking at the window, Crutchley looks down into the same garden - only to spy a beautiful, solitary young woman weeping on a bench, face hidden from view. The next day, when making inquiries about her among the staff, he's met with gasps and signs of the cross. For his protection, an employee attempts to move him to a different room: a room without a view into the courtyard. But Crutchley, now compelled to see the woman's face, refuses. It's then that the employee divulges the ghastly origins of the weeping figure - and tells Crutchley an uncomfortable truth about himself: that he, Crutchley, is "one who sees." Originally published on Christmas in 1931, A.M. Burrage's "One Who Saw" is widely regarded as the author's masterpiece. Selected especially by Seth, this new, gorgeously illustrated edition introduces Burrage's unforgettable story to a new generation of readers.