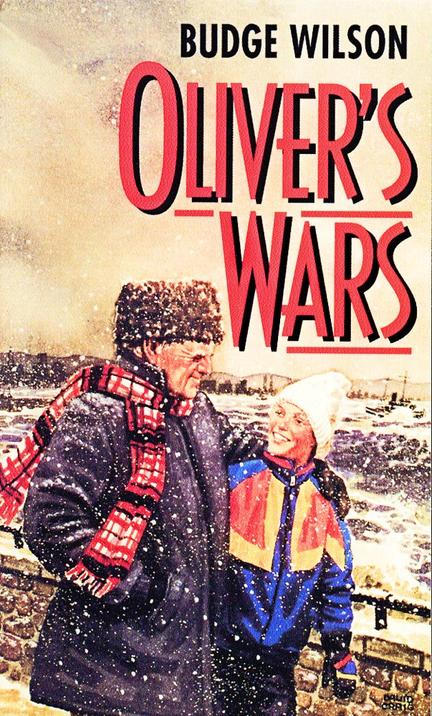 It seems that everywhere twelve-year-old Oliver Kovak turns, there's a battle to be won - or lost. When his father, a nurse, is assigned to Saudi Arabia during the Gulf War, Oliver, his mom, and his twin brother, Jerry, move East to live his grandparents. There, not only must he learn to get a long with his grouchy grandfather, but he must cope with the cruel put-downs of a gym teacher and the taunts of new schoolmates.

But his biggest "war" is a personal one - Oliver, who always looks as if nothing bothers him, must learn to let people know when he is hurting...

Budge Wilson (b. 1927) was born in Halifax, Nova Scotia, and lived in Kingston, Ontario, before moving back to North West Cove, Nova Scotia. A former commercial artist and photographer, she has written more than twenty books, many of them for children and young adults; her awards include the Ann Connor Brimer Award for children's literature. "Mr. Manuel Jenkins" is included in her story collecton The Leaving (Anansi, 1991).

Other titles by Budge Wilson

The Best Worst Christmas Present Ever