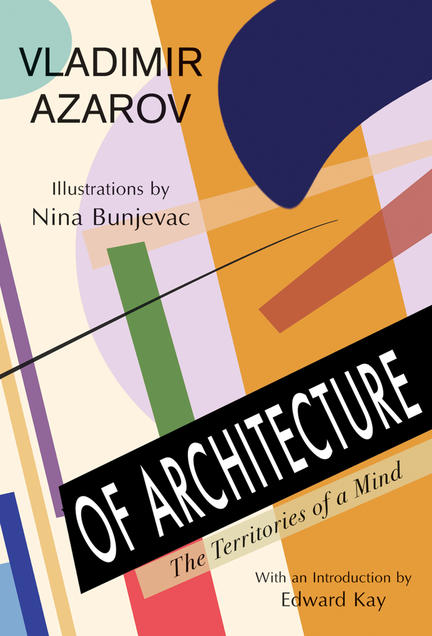 A lively collection populated by historical icons, each poem a story about the potency of imagination, territories, border-crossings of the mind – among them: the madness of a king who wants to be a swan, Michelangelo chiselling a heart that beats into his David, Tsar Peter with his three pet dwarfs acting as generals in the army, Vera Zasulich who became the world’s first woman terrorist, Robinson Crusoe hunting for the footprints of Friday, Michael Jackson pretending he is Marcel Marceau as he woos Marlene Dietrich in Paris…  From the Introduction:“A profound point becomes apparent as one explores Azarov’s juxtaposition of lovely bones: his is a classically trained mind just entered its eighth decade of life, still vibrantly trying to come to terms with that which we all ultimately face, the terrifying awareness of our own inescapable date with the black void of non-existence.”

Vladimir Azarov is an architect originally from Moscow. His other books include Graphics of Life, Black Square, My Bestiary, and 26: Letters Poems Pictures. Mr. Azarov lives in Toronto.

Nina Bunjevac started her art training in Yugoslavia, at the Djordje Krstic school for applied arts. In 1997, she graduated from OCAD in the Drawing and Painting department. Formerly a painter and a sculptor, Nina found her calling in sequential arts, a form that seemed to naturally evolve out of the narrative component in her sculpture installation work. Pen and ink became the medium of choice. Nina is also an art teacher. Multiple winner of the OAC Artist in Education grant, she has taken her cartooning and zine-making projects into a number of Toronto public schools. Her strips have been published in many European and North American publications including Mineshaft, Exile, Black, Giuda, Le Dernier Cri, Komikaze, and Broken Pencil. She is also the co-editor of the forthcoming Balkan Comics: Women on the Fringe.

Edward Kay is an award-winning author and screenwriter for both children and adults. He lives in Toronto, Ontario.

Other titles by Vladimir Azarov

Almost Everything Can Be Taken from an Individual, but His or Her Story

To the Ends of an Empire: A Remarkable Story Told in Letters, Poems and Prose

Dinner with Catherine the Great

Kiss From Mary Pickford, The

Of Life & Other Small Sacrifices

Other titles by Nina Bunjevac

Other titles by Edward Kay

Getting to the Bottom of What Comes Out Your Bottom

The Sick Truth about Getting Sick (and Staying Healthy)

Why the Smelliest Smells Smell So Smelly

I Am Canada: Sink and Destroy

The Battle of the Atlantic, Bill O'Connell, North Atlantic, 1940