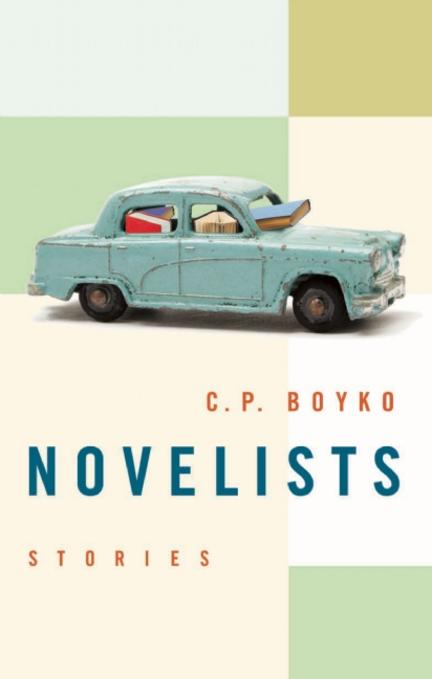 "Boyko's style takes some getting used to in these days of sparseness and minimalism, but then it all makes sense."- Los Angeles Review of Books

Novelists: the soul of an age, certainly. Brilliant? Perhaps. Yet aren't they also doddering, petulant, pedantic, knockkneed, skittish, and thunderingly insecure-resentful, awkward, annoying-demanding, deluded, and vexingly indifferent to reality? New from short fiction devotée C.P. Boyko, Novelists is a comedy of manners (and manuscripts), rivaling Vanity Fair for its satirical wit . . . though not, mercifully, for its length.

C. P. Boyko lives and writes in Vancouver, BC.

"The Vancouver writer's third collection, as you might surmise, is about novelists, though sometimes peripherally. Indeed, one of these novelists speaks his novels rather than writes them; another story deals with two writers, both unsuccessful in different ways; another involves a writer who runs over an old woman." - Toronto Star

"Laughter is Boyko's preferredmethod in Novelists : He examines the pomposity and naked insecurities of his titular breed through humour, much of it painfully ironic. And Boyko's humour is inseparable from pain ... a highly amusing riposte to the culture of literary awards, eviscerating the petty politicking, log-rolling and absurdity that can result from jockeying for recognition." - National Post

"These stories are funny and sardonic, satirical, well-written, and keen ... [Boyko's] characters are larger-than-life, very funny, but more authentic than they first seem ... we'll enjoy laughing at them, and laugh at ourselves at the same time." - San Francisco Book Review

Other titles by C.P. Boyko

Psychology and Other Stories

Canadians on the Frank O'Connor Longlist