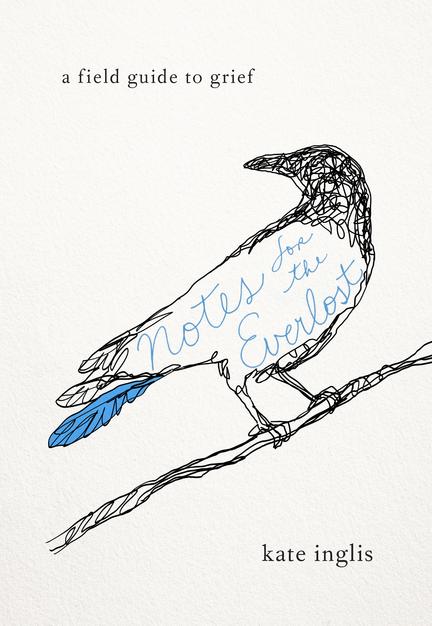 Part memoir, part handbook for the heartbroken, this powerful, unsparing account of losing a premature baby will speak to all who have been bereaved and are grieving, and offers inspiration on moving forward, gently integrating the loss into life.

Inglis’s story is a springboard that can help other bereaved parents—and anyone who has experienced wrenching loss—reflect on emotional survival in the first year; dealing with family, friends, and bystanders post-loss; the unique survivors’ guilt, feelings of failure, and isolation of bereavement; and the fortitude of like-minded community and small kindnesses. Inglis’s unique voice—at once brash, irreverent, and achingly beautiful—creates a nuanced picture of the landscape of grief, encompassing the trauma, the waves of disbelief and emptiness, the moments of unexpected affinity and lightness, and the compassion that grows from our most intense chapters of the human experience.

Kate Inglis is a writer, photographer, and mother of two boys. The Dread Crew: Pirates of the Backwoodsis her first novel, but she has been writing professionally for more than ten years--and since 2004 on her blog (sweetsalty.com), which has earned widespread recognition and a readership of thousands. Kate lives in Nova Scotia, where she was born.

“Notes for the Everlost is the most beautifully written book I have read in ages, and a great deal more besides: comforting, and sad; full of riddles and wisdom; an unsparing map of grief, with its stubborn terrain and dark jokes and switchback heartbroken roads. This book is great company for terrible times.”—Elizabeth McCracken, author of Thunderstruck & Other Stories
“Kate Inglis is a wise, flexible, and ultimately hopeful guide through the inhospitable country of mourning. She is also fierce—fiercely angry, fiercely funny and, most of all, fiercely loving.”—Katherine Ashenburg, author of The Mourner’s Dance
“Highly recommended for anyone in the throes of grief, recent or past.”—Library Journal (starred review)

“Inglis gently shows bereaved parents what at first is unimaginable: that their grief will not always be suffocating, and that, while they will always be bereaved parents, with absence a reminder of what might have been, they will also come to be 'countless other things.'”—Foreword Reviews

“An emotional and thought-provoking mix of poetic prose, memories, and beliefs on death, loss, and grief.”—Kirkus Reviews
“Kate Inglis has written this delicate, playful handbook—something between a bereavement memoir and a self-help guide—for people who feel they might disappear into grief forever.”—Times Literary Supplement
“In Notes for the Everlost, Inglis uses the raw story of her loss to speak directly to other bereaved parents. She doesn’t offer them useless or insensitive advice or pretty platitudes, as people sometimes do. Instead, she invites them to honor their grief and assures them that whatever they’re feeling—depression, rage, guilt, jealousy—is normal. Highly recommended not only for bereaved parents but for anyone who knows someone who has faced such a loss and doesn’t know how to act or what to say in the face of their suffering.”—Lion's Roar
“A mother's story on losing her son, but also a lyrical connection to all who have grieved—and a work of deep humanity.”—Spirituality & Health

Other titles by Kate Inglis

If I Were a Zombie

Flight of the Griffons

Pirates of the Backwoods

New and Notable Memoirs in Fall 2018