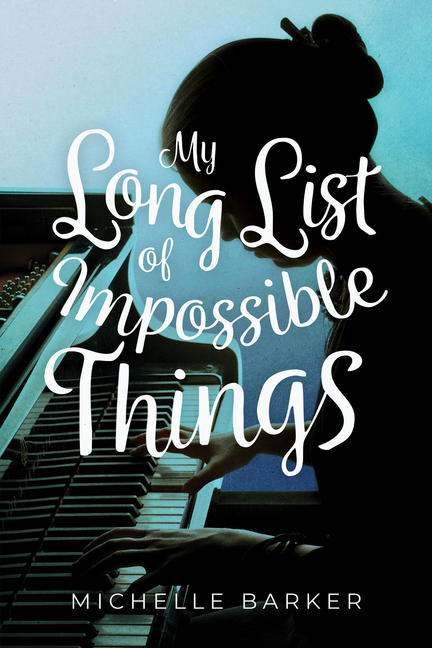 A brilliant historical YA that asks: how do you choose between survival and doing the right thing?

The arrival of the Soviet Army in Germany at the end of World War II sends sixteen-year-old Katja and her family into turmoil. The fighting has stopped, but German society is in collapse, resulting in tremendous hardship. With their father gone and few resources available to them, Katja and her sister are forced to flee their home, reassured by their mother that if they can just reach a distant friend in a town far away, things will get better. But their harrowing journey brings danger and violence, and Katja needs to summon all her strength to build a new life, just as she’s questioning everything she thought she knew about her country.

Katja’s bravery and defiance help her deal with the emotional and societal upheaval.  But how can she stay true to herself and protect the people she loves when each decision has such far-reaching consequences?

Acclaimed writer Michelle Barker’s new novel explores the chaos and destruction of the Second World War from a perspective rarely examined in YA fiction—the implications of the Soviet occupation on a German population grappling with the horrors of Nazism and its aftermath.

Michelle Barker lives in Penticton with her husband and family. Her poetry has been published in literary reviews around the world, including the 2011 Best Canadian Poetry anthology. A chapbook of her poems, Old Growth, Clear Cut: Poems of Haida Gwaii, has just been published by Leaf Press in 2012. Michelle's short fiction has been published in several journals. She has also published non-fiction in magazines, newspapers and literary reviews, and she won a National Magazine Award in personal journalism. She is studying for her Master's degree in creative writing at UBC's optional-residency program.

“For readers who enjoy complex explorations of the past, Barker’s characters and balance of history with fiction make this book a worthwhile read.”

“Challenges young readers to see a well-documented period of history through new eyes.”

“The high-stakes plot is deftly constructed with conceals, reveals, and unflagging tension. Historical detail is smoothly cooked into the action. And through it all, Katja is a completely believable teen . . . My Long List of Impossible Things is a thought-provoking page-turner—the kind of book you want to discuss as soon as you put it down.”

“This powerful book will not leave you unmoved.”

“Possibly one of the best Second World War books out there.”

“A serious, lose-yourself-in-it YA novel and an impressive achievement . . . Barker blends the realistically warm-hearted (and hot-blooded) impulses of a teenaged girl with an intensely complex and oppressive historical moment, as post-war Germans confront Nazism’s aftermath. Highly recommended.”

Other titles by Michelle Barker

The House of One Thousand Eyes