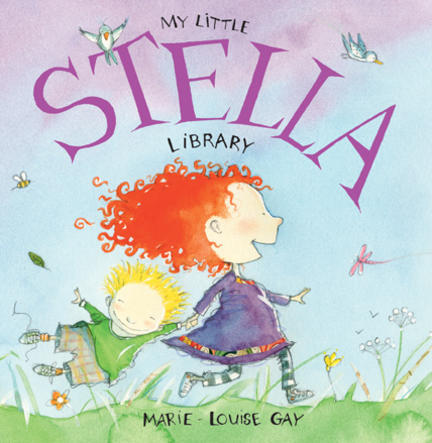 These four mini Stella books from the Stella and Sam series in an adorable slipcase make the perfect gift.

In Stella, Star of the Sea, Sam has many questions, but Stella has been to the sea before and knows all its secrets.

In Stella, Queen of the Snow, older and bolder Stella knows all the answers, and she delights in showing little bother Sam the many pleasures of a beautiful winter's day.

In Stella, Fairy of the Forest, Stella's little brother Sam wonders whether fairies are invisible. Stella assures him that she has seen hundreds.

And in Stella, Princess of the Sky, another adventure begins for Stella and Sam as they explore the wonders of the natural world.