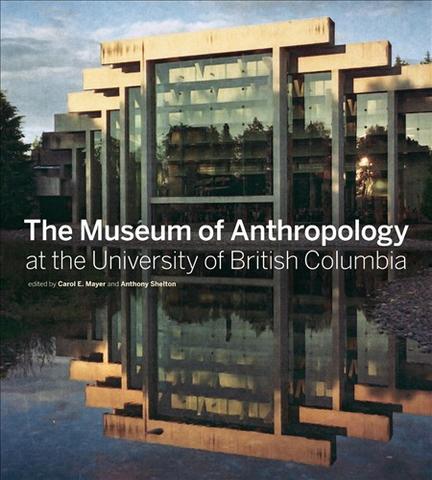 A tribute to Vancouver’s Museum of Anthropology, published to accompany the opening of the museum’s dramatic redesign.

In early 2010, the internationally acclaimed Museum of Anthropology will open its doors on a major renewal project, including the new Multiversity Galleries, the first of their type in the world, which will give visitors access to the curatorial and archival work being done behind the scenes.

This stunning volume celebrates the museum’s rich past and promising future. Lavishly illustrated, it highlights 150 treasures from the museum’s vast collections, which include historic and contemporary carvings, ceramics, sculptures, paintings and textiles from Asia, the South Pacific, North and South America, Africa and Europe, along with magnificent totem poles, sculptures, carved boxes, feast dishes, baskets and intricate items made of gold, silver and argillite from the northwest coast of B.C. Short histories of each collection and extended captions offer fascinating details.

Carol E. Mayer is the head of the curatorial department at the Museum of Anthropology and an associate to UBC’s Department of Anthropology. Internationally known for her work as a museum curator, she has published widely on museum-related topics, curated more than 40 exhibitions and received numerous international awards and fellowships.

Anthony Shelton, a leading scholar in museology, cultural criticism and the anthropology of art and aesthetics, is director of the Museum of Anthropology. He has taught at several European universities and has curated for the British Museum, Brighton’s Royal Pavilion and London’s Horniman Museum.

"Commemorating the museum's rich past while looking toward its future, this exquisite book would be an excellent addition to any museum lover's library."

"This sumptuous volume of images from the Museum of Anthropology at the University of British Columbia commemorates the 2010 reopening of the museum after renovations...The photos are in stunning color, beautifully photographed. Those who have been to the museum will treasure the evocation of memories they bring. Those who haven't may find themselves planning a visit."

Other titles by Carol Mayer

No Longer Captives of the Past

The Story of Reconciliation on Erromango

Museum of Anthropology at the University of British Columbia

Transitions of a Still Life

Other titles by Anthony Shelton

Museum of Anthropology at the University of British Columbia