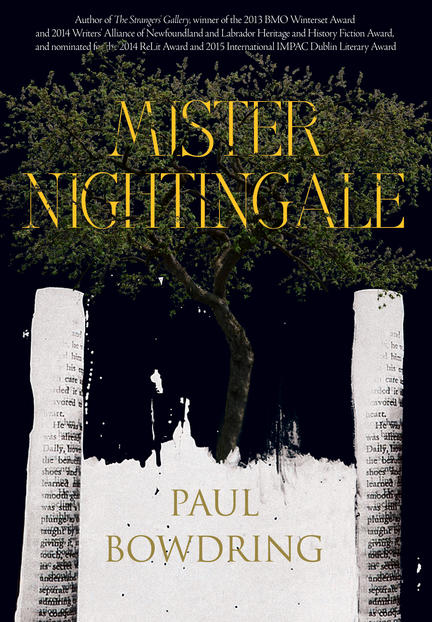 After a thirty-year exile in Toronto, self-described "mid-listing" Newfoundland author James Nightingale leaves behind a failed marriage to a successful classical musician, who has taken up with an avant-garde composer, and a middling, if critically successful, career to return temporarily to St. John's to receive an honourary degree from his alma mater. Braving the obstacles of artistic and domestic uncertainty and neglected family obligations?not to mention a book-signing and a launch that go visibly wrong?he meets old friends whose own artistic lives have borne little fruit, and contends with a talented daughter who, in defiance of her mother, has abandoned her classica-music roots in favour of performing "deconstructed" traditional Newfoundland songs, a father suffering from dementia but with a sharp memory of disappointment, and an untrustworthy former publisher who is re-releasing his seminal first novel.

Imbued with the language of literature, the imagery of a Newfoundland in flux, and the grace of an author at the height of his powers, Mister Nightingale is at once a diatribe on the vicissitudes of the writing life, and a keen and poignant exploration of one man's coming to terms with the "prevailing anxieties" of la vie quotidienne.

Paul Bowdring is the author of three previous novels, including the critically acclaimed The Night Season and, most recently, The Strangers’ Gallery, which won the 2013 BMO Winterset Award, the 2014 Writers’Alliance of Newfoundland and Labrador Heritage and History Fiction Award, and was nominated for the 2014 ReLit Award and the 2015 International IMPAC Dublin Literary Award. He was shortlisted for the Newfoundland & Labrador Arts Council BMO Artist of the Year award for 2014. He lives in St. John’s.

"He didn't speak or smile, just turned his head and walked on, the sun catching his fiery and wiry red hair— naturally dreadlocked, it looked— and as I stared at the oil-stained back of his coat, I recalled where I'd once seen racks of coats exactly like it."

Mister Nightingale is a profound and hilarious meditation on the lives of artists... The pages of this novel are layered with humor and insight, but perhaps most rewarding are Bowdring's veteran grace and skill. For aspiring writers and for the initiated, for the successful and for the defeated, this is a novel that should be read and read closely... Anyone who takes the time to read [Bowdring's] novels will be richer for the experience. —Antigonish Review (NS)

Other titles by Paul Bowdring