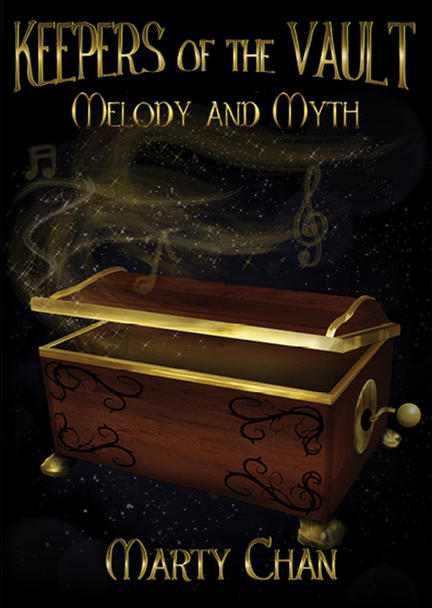 In this action—packed sequel to Fire and Glass, Kristina and Dylan team up with Dr. Grimoire to thwart the plans of a rogue former apprentice to steal one of the vault's most valuable possessions —the legendary Golden Fleece. But she has already managed to get her hands on a few artefacts with some dangerous powers — including a magical music box that can ensnare anyone who hears it.

"Melody and Myth is just as exciting and fast-paced as the previous novel. The characters are interesting, and even the villain is revealed to be nuanced and not wholly bad. Because this series is intended for readers who read below grade level, sentences are short, and the language is simple and easy to understand. The book also uses a typeface that is intended to be dyslexia-friendly. Melody and Myth would be an excellent choice for a struggling reader but also makes an enjoyable read for anyone who is a fan of plot-driven fantasy."
Highly Recommended."
— CM Magazine