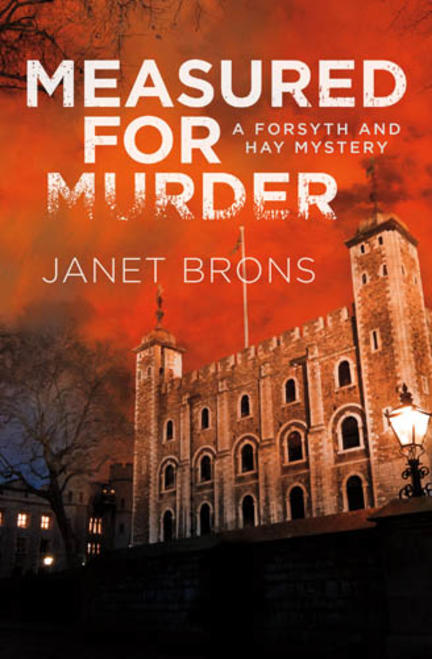 The third instalment in the Arthur Ellis award-nominated Forsyth and Hay mystery series.

Detective Chief Inspector Stephen Hay of Scotland Yard believes he is dealing with a serial killer. Two young female victims bearing a superficial resemblance to each other are found asphyxiated and posed, with indecipherable writing on their right hips. A hostel caretaker, a journalist and his photographer, a bariatric specialist, the Canadian High Commission in London, and a psychic all have roles to play in the ongoing investigations—and are unsettled at the thought that the killer is already seeking his next victim.

Meanwhile, Inspector Liz Forsyth of the Royal Canadian Mounted Police and DCI Hay had plans to meet again, unofficially this time, but their anticipated trip to Paris was scotched by the killings on Hay’s patch. To the surprise of both of them, Forsyth learns that she is to be sent for a three-week training course at the Bramshill Police Academy outside London.

In this jarring third novel in the Forsyth and Hay series, Janet Brons explores the murder and mayhem inflicted on the women who just might be Measured for Murder.

Before taking to crime writing, Janet Brons worked as a foreign affairs consultant following a seventeen-year career in the Canadian foreign service with postings in Kuala Lumpur, Warsaw, and Moscow. She has also been a researcher in the Alberta Legislature and at the House of Commons. Janet holds a master of arts in political science and international relations. Visit her at http://members.shaw.ca/janetbrons/.

&quo;Brons has created an interesting setup and weaved an equally intriguing tale. I could not help but think of Agatha Christie’s mysteries.&quo;

Other titles by Janet Brons