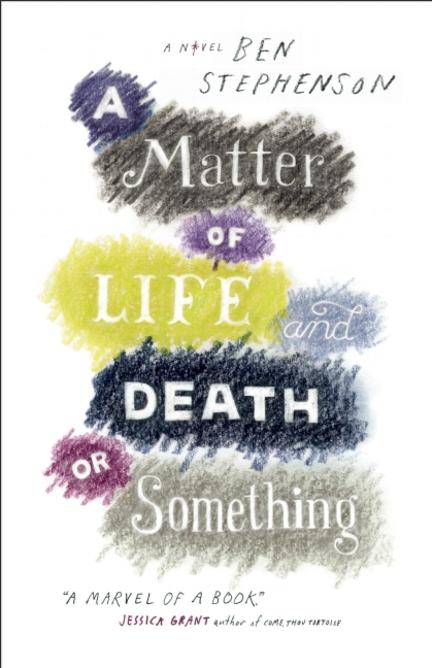 The big-hearted story of a ten-year-old boy, a notebook and the meaning of the universe.

Even though he's only ten years old, Arthur Williams knows lots of things for sure. He knows all about trilobites, and bridge, and that he doesn't want to be Victoria Brown's boyfriend, and that tapping maple trees causes them excruciating pain. He knows his real dad is probably flying a hot-air balloon across the Pacific, or paving a city with moss. And he knows that Simon, the guy who pretends to be his dad, does absolutely nothing interesting. But when Arthur finds a weather-worn notebook in the woods behind his house, all he has are questions. Why was its author, Phil, so sad, and why does it end on page 43? Suddenly, there are other questions too: Why do people abandon people? Why do they abandon themselves?

Arthur embarks on a top-secret investigation to find out who Phil is -- or was. But getting straight answers from grown-ups is impossible, and before long, the only thing he knows for sure is that everything he thought he knew about life is probably wrong and that what he has to do is ten times bigger than what he can do.

Told through a trio of voices: the wildly imaginative and perpetually awkward Arthur, Phil's manic journal and the forest that watches them both, Ben Stephenson's debut novel is a heartbreaking story of love, death and the unspeakable pain of being small.

A Matter of Life and Death Or Something marks the exciting debut of an inventive and gifted storyteller.

A flourishing member of the Halifax literary scene, Ben Stephenson's short stories have appeared in The Coast and the anthology Rememberer. He has completed writing residencies at the Tatamagouche Centre and the Banff Centre. His visual art, including sculpture and installation, has been exhibited in various galleries. Some of his own artwork illustrates A Matter of Life and Death or Something. Stephenson grew up in New Brunswick and has lived on both coasts of Canada. He continues to live in Halifax, Nova Scotia.

"Ben Stephenson takes us down the rabbit hole into the refracted and hilarious world of a child on a very serious quest. A Matter of Life and Death or Something will leave you less grown up -- and all the wiser for it. Curiouser and curiouser. A marvel of a book."

Other titles by Ben Stephenson

A Brief Introduction with Exercises and Solutions

Matter of Life and Death or Something