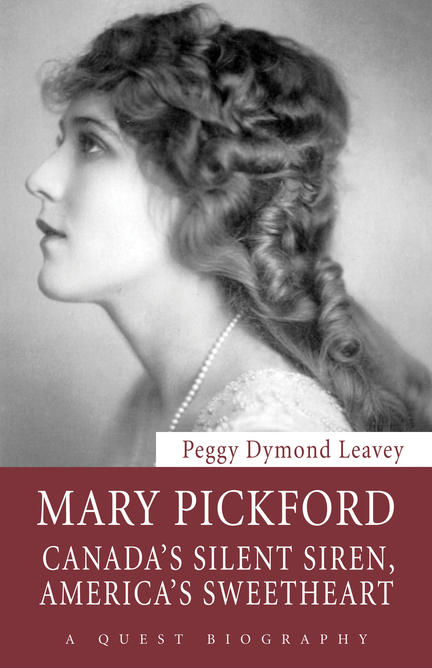 Mary Pickford’s ambition, passion, innate talent, and savvybusiness acumen sent her career into the stratosphere and set the blueprint forthe modern movie star. Born Gladys Louise Smith in 1892, Pickford was raised ina house on University Avenue in Toronto and began her acting career on the stage.However, her determination led her to the new world of motion pictures, whereshe not only revolutionized acting method but negotiated her own terms for thehighest salary for any actress and complete creative control over her films —unheard of behaviour for a woman of that period.

Pickford co-founded UnitedArtists in 1919 with Douglas Fairbanks and Charlie Chaplin, which turned theexisting studio system on its head. The actress’s subsequent marriage toFairbanks incited a fan frenzy comparable to today’s obsession with coupleslike Brad Pitt and Angelina Jolie. Although Pickford’s star faded with theadvent of talking pictures, she was the catalyst for the culture of Hollywoodcelebrity that enthralls us today.

Peggy Dymond Leavey was born in Toronto, the second in a family of five children. Her father was in the RCAF, and while Peggy was growing up in the 40s and 50s, the family was often on the move. Peggy began writing as a child and has since published poems, articles and plays for both adults and children. She has collaborated on three books of local history and has done freelance writing. Her book The Movie Years, published in 1989, details the years 1917-1934 when Trenton, Ontario was Canada’s filmmaking capital. Her first novel for children, Help Wanted: Wednesdays Only, published in 1994 by Napoleon, has been published in French as Un Petit Boulot du Mercredi. A Circle in Time was published in 1994, also by Napoleon. Her third book, Sky Lake Summer, published in 1999, was nominated for a Silver Birch Award and a Manitoba Young Readers’ Choice Award. It has also been chosen for the Accelerated Reading Program in the U.S. Peggy’s first teen novel, Finding My Own Way, was published by Napoleon in the fall of 2001. It was followed by another junior novel, The Deep End Gang, in 2003, which was an honour finalist for the Silver Birch Award. The Path Through the Trees (2005) was also a Silver Birch finalist. Her latest novel is Treasure at Turtle Lake (2007). The sequel, Trouble at Turtle Narrows, will be released in the fall of 2008. Today, Peggy lives near Trenton, Ontario. She and her husband have three grown children and eight grandchildren. She works part-time as a librarian, keeping her mornings free to write.

“…successfully uses imagined dialogue and quotations from Pickford’s own memoirs to add zest to the narrative.”

“..true inspiration for young women, whether it be aspiring actors, building self-esteem, or for the ambitious soul in becoming motivated.”

"Whether you are Canadian or American, this is a great read, not only about the life of Mary Pickford but an inside look at the birth of the movie industry."

Other titles by Peggy Dymond Leavey