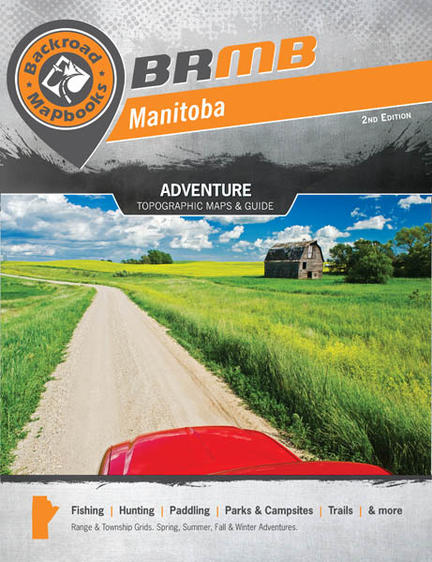 Cradled right in the heart of Canada, the province of Manitoba boasts a quiet expanse of wilderness filled with pockets of recreation opportunities. Over half of Manitoba’s population lives in the capital city of Winnipeg – this means that throughout the province, especially as you travel north, human populations dwindle down to little communities like Flin Flon and The Pas.

Everywhere else, nature reigns supreme. In the south of Manitoba, around the cities of Winnipeg and Brandon and the surrounding backcountry, you will find everything from tall grass prairie, to pine forest, to desert-like sand dunes. Departing Winnipeg and the populated south, northern Manitoba gives way to the majestic rock of the Canadian Shield, and a strip of Arctic tundra along Hudson Bay.

Backroad Mapbooks’ Manitoba backcountry map book covers all of Manitoba, with detailed topographic coverage of everything from Winnipeg city trails to the homes of the polar bears in Churchhill. Our maps and corresponding listings show you how to get outside to explore the sights that Manitoba has to offer. Paddle the secluded lakes and rivers of the north; dog-sled your way across the frigid tundra; or hike the scenic trails of Riding Mountain National Park.

We tell you where to go for the best hiking, camping, nature-viewing, paddling, fishing, skiing, snowshoeing, and much more. Whether you’re touring Winnipeg for the first time, or you’re a Manitoba resident looking to deepen your backcountry experience, your Manitoba map book will chart the course.