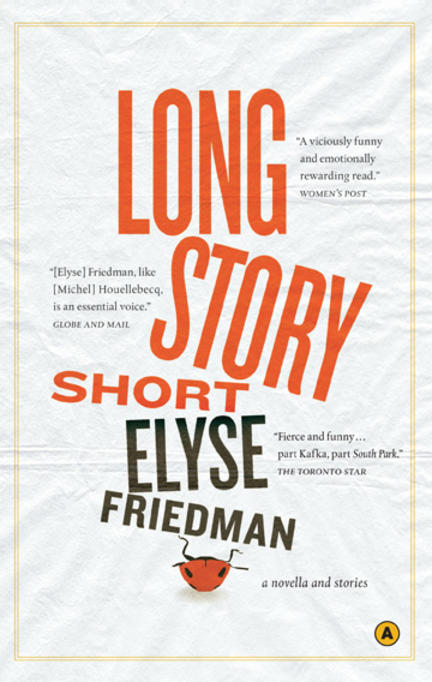 Elyse Friedman's fiction is described as part Kafka, part South Park (Toronto Star). Here, in her best, most mature, and most nuanced work, she offers a dark, comically off-beat, and surprisingly heartbreaking novella about a young man who copes with the passage into adulthood by cultivating an almost fanatically ironic view of the world, but who is ultimately forced to deliver a death blow to irony -- which visits him in the form of a washed-up '80s sitcom star.

In the accompanying handful of short stories, Friedman demonstrates her sure touch with everyday situations and her uncanny, precise ability to expose the strangeness at the heart of normal. Her moving story The Soother, about a middle-aged man who copes with intense demands from family and friends by visiting a prostitute he pays to coddle and soothe him, won Gold at the 2006 National Magazine Awards for fiction and was published in the Toronto Life summer fiction issue. A second story, Lost Kitten, was also nominated for a 2006 National Magazine Award, and Truth was selected for the Journey Prize Anthology and appeared in Best Canadian Stories.

Other titles by Elyse Friedman

The Answer To Everything