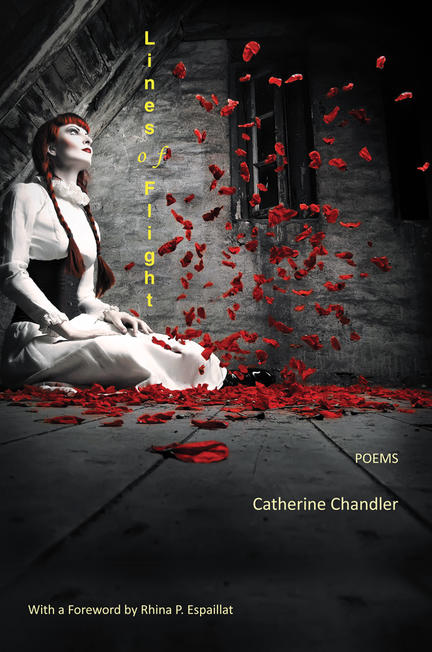 Lines of Flight is the first full-length collection from Catherine Chandler, an acclaimed American poet of quiet elegance whose simple style belies the range and depth of her poems. She is equally at ease with poems of nature as with those of people, relationships, landscapes and realms—the domestic, the foreign, even those scanning the vast unknown of space or the esoterica of science. These poems, carefully crafted with formal dexterity in contemporary idiom, are deployed with precision in a showcase of forms such as the villanelle, sapphic, ballad, pantoum, triolet, nonce, and the sonnet—Chandler’s specialty, for which she won the Howard Nemerov Sonnet Award.

Catherine Chandler, an American poet born in New York City and raised in Pennsylvania, completed her graduate studies at McGill University in Montreal, where she has lectured in the Department of Languages and Translation for many years. She is the winner of the Howard Nemerov Sonnet Award. Her poems, interviews, essays and English translations from French and Spanish have been published in numerous journals and anthologies in the USA, the UK, Canada and Australia.

In poem after poem, Chandler shows herself to be the kind of poet whose imagination, to paraphrase Valéry, is stimulated by formal demands. The result in this case is genuine art.

Chandler’s poetic gift is modest, pleasing, and a little old-fashioned. She employs rhyme and traditional metrics, reliably delivering what all poetry was once expected to deliver: memorable language, music, and a shared sense of the human experience, both its losses and pleasures. Her style is eloquently plain but never prosy or flat. You can set your metronome by her iambic pentameter. Chandler’s poems often skirt light verse, but her comic touch is usually tempered by a seasoned acceptance of life’s disappointments.

Other titles by Catherine Chandler