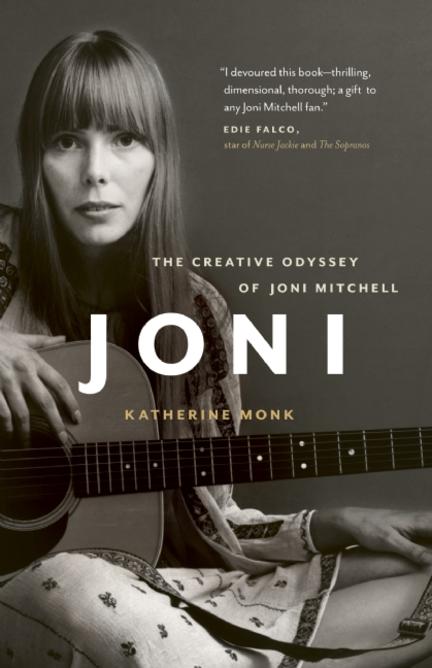 An illuminating portrait of one of Canada's most brilliant and defiant musical icons.

From the moment Joni Mitchell's career began -- with coffee-house bookings, serendipitous encounters with established stars, and a recording contract that gave her full creative control over her music -- the woman from the Canadian wheat fields has eluded industry cliches. When her peers were focused on feminism, Mitchell was plumbing the depths of her own human condition. When arena rock was king, she turned to jazz. When all others hailed Bob Dylan as a musical messiah, Mitchell saw a fraud burdened with halitosis. Unafraid to ""write in her own blood,"" regardless of the cost, Mitchell has been vilified as a diva and embraced as a genius, but rarely has she been recognized as an artist and a thinker.

This new portrait of the reclusive icon examines how significant life events -- failed relationships, the surrender of her infant daughter, debilitating sickness -- have influenced her creative expression. Katherine Monk captures the rich legacy of her multifaceted subject in this offbeat account, weaving in personal reflections and astute cultural observations, and revealing the Mitchell who remains misunderstood.

Katherine Monk is a national movie journalist for Postmedia News Service. Before becoming a national reporter, she worked at the Vancouver Sun as amovie critic, pop music critic, and news reporter. Her bestselling book on Canadian film, Weird Sex and Snowshoes, was adapted to the screen by Omni Film in 2004. Monk is a regular radio and TV commentator on the subject of movies. Joni Mitchell has been part of her life's soundtrack for as long as shecan remember. She lives in Vancouver, B.C.