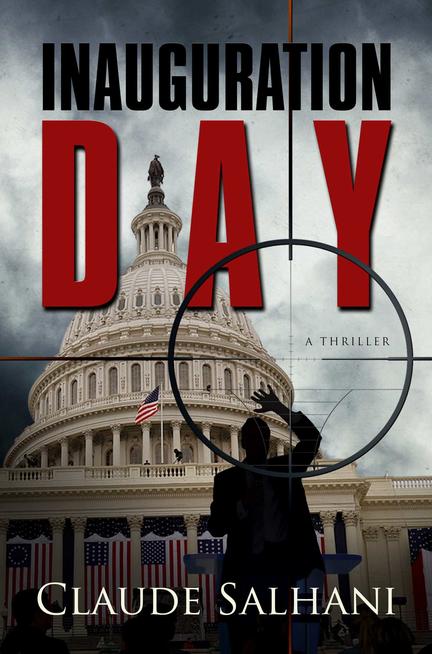 One step behind a chameleon Islamic terrorist known only as Omar, Laura Atwood, a beautiful CIA agent, teams up with journalist Chris Clayborne. Together they race across three continents in this page-turning novel that is guaranteed to have you sitting on the edge of your seat.

An all-powerful Mexican drug cartel, threatened by the newly elected US President’s promised initiative to wage a real war on drugs as soon as he takes the oath of office, finances a radical Islamist group to assassinate the President of the United States. The Islamists, with the help of Iran, place their deadliest agent, Omar, on a hands-free track with plans to strike on Inauguration Day at the height of the swearing in ceremony. Racing desperately to catch up to Omar, Laura and Chris struggle to apply knowledge only they can slowly acquire and risk their lives countless times to thwart the pending attack. Meanwhile, Omar is already deep undercover in Washington, ready to unleash his for-hire jihad in early January . . . but where exactly will he strike from and how?

Inauguration Day, written by a journalist with years of experience in some of the deadliest conflicts in recent memory, is a gripping novel about terrorism, espionage, romance, and the terror-tinged world we live in.

Claude Salhani is an author, political analyst, and Pulitzer Prize–nominated journalist. As a journalist, he has traveled to more than eighty-six countries to report on major events and conflicts including the 1973 Arab-Israeli War, the Iraq-Iran War, and the invasion of Kuwait. As an analyst, he has written extensively about the September 11 terrorist attacks and the wars in the Middle East. He has appeared on more than forty networks, including CNN, Fox, and the BBC. His work has been published in the world’s top newspapers, from the New York Times to the Middle East Times. He lives in Laval, Quebec, Canada.