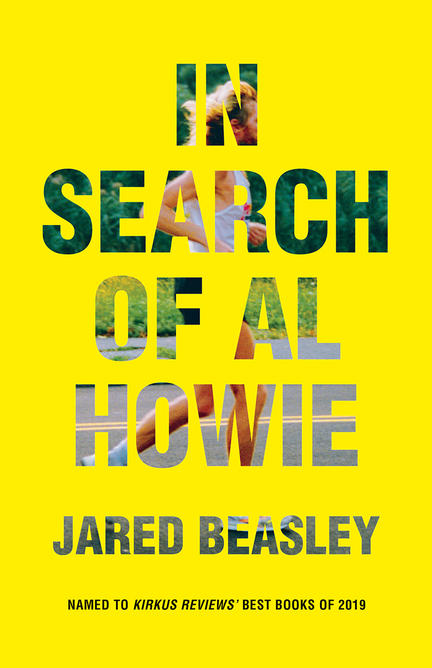 The story of Al Howie is a remarkable and at times unbelievable adventure into the heart of the longest races in the world with one of modern history’s most eccentric ultra-marathon runners.

If you ran 2225 kilometres from Winnipeg to Ottawa, you’d be crazy. If the day after you arrived in Ottawa you showed up to a 24-hour race and started knocking back beers, you would be stupid. If you then ran the 195 kilometre, 24-hour race, won it, and ran all the way back to Winnipeg, you’d be a true freak of nature. If later, at 46 years old, you ran 7200 kilometres across Canada in the world-record time of 72 days, 10 hours, and then followed it up two weeks later by breaking another world record (which happened to be your own) in the longest certified race on Earth, you’d be a mega-distance alien. In all of this, if you were forever broke, using fake names and aliases, teetering on the edge of sanity, and doing it all in racing flats, you’d be Al Howie.

Based on interviews with Howie himself during his final two years (he died in 2016), Jared Beasley’s book takes the reader into the incomprehensible distances of a legendary runner and the amazing and complex world of an astounding figure in modern sports history.

Jared Beasley has spent years as an actor and director, having written numerous feature screenplays and independent shorts. Originally from the American South, he has a degree in literature and theatre from the University of Alabama and is the co-author of The Black Sheep: The Fittest / Unfittest Bar Owner In New York. Jared lives in New York, NY.

"In Search of Al Howie will leave you yearning for a recent yet distant unplugged era in human-powered adventure, when a free spirit kindled righteous pursuits of endurance as a way of life."

"It's a crazy ride, and one well worth reading." – Outer Edge Magazine

"This book is one of those "can't put down" reads." – Outer Edge Magazine

"Al Howie is a Canadian ultrarunner who ran really, really far. Like Prince George to Boston far. Like Winnipeg to Ottawa and back to Winnipeg far. He ran across Canada in record time and won more than 50 ultramarathons and multiday races in his lifetime." - Run the North

"Al Howie's story is one that richly deserved telling, and Jared Beasley does a commendable job in bringing it back to public attention." - Ormsby Review

"He was maniacally obsessed to the detriment of all those who loved him, but there is no doubt, that this myopic disposition is what made him one of the greatest mega distance runners of all time." - Treeline Journal

"An in-depth exploration of surely [Canada's] most perplexing sports hero."

"Al Howie came to Canada in the early 1970s on the run from Interpol, with a three-packs-a-day cigarette habit, a thirst for drugs and booze, and a son he brought across the Atlantic during a custody dispute. His story so fascinated New York author Jared Beasley, who stumbled upon it by accident, that he put it all down in his new book, In Search of Al Howie."

"A quirky, captivating biography. If the author described a smoke-filled bar, they'd smell it... the pages fly by, like the miles beneath Howie's feet."

"Jared Beasley sketches a soulful portrait of an embattled figure who, fueled by fish n' chips and beer and instinct, won dozens of mega-distance races in the 1980s and '90s, inspiring many with his working-class heroism and singular devotion to mileage."

"[In Search of Al Howie] is recommended, not just for runners, but for anyone who may be fascinated by the stories of the lives of people who accomplish unbelievable feats. Al Howie’s life story as chronicled by Beasley is a legend of incomprehensible focus and determination."

"Solid research and entertaining from a non-runner perspective... character, persona and what the 70s, 80s and 90s represented in many ways."

"Probably the most accomplished ultrarunner Canada has ever seen."

[In Search of Al Howie]...reveals the relationships, personal demons, and twists of fate that shaped Howie, rendering the legend fully human—fearful and driven, flawed but likable.

"Howie excelled at exploits bordering on the preposterous. He had an appetite for adventure that proved insatiable, and he spent his life running away from his demons and towards an elusive dream."