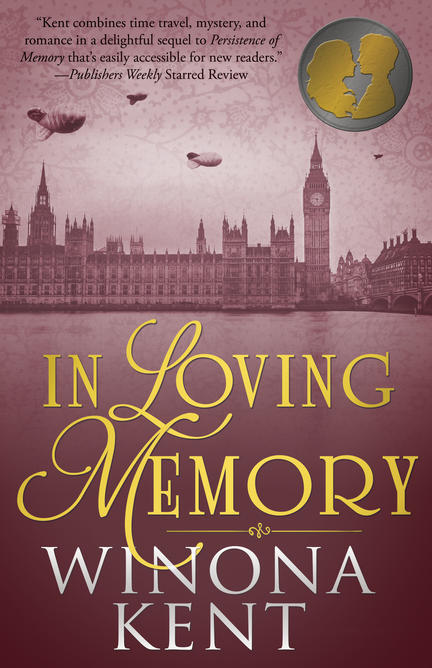 In this mesmerizing romance, a woman out of time falls in love with a man for whom time is running out.

In Winona Kent’s novel Persistence of Memory, Charlie Lowe, a young widow in Stoneford, England, was accidentally transported back to 1825, where she fell in love with Shaun Deeley, a groom employed at Stoneford Manor. They are only back in the present for seemingly a breath before a piece of wartime shrapnel sends them tumbling back through time to 1940, the height of the Blitz. There, they discover pieces of Charlie’s past that counter everything she thought she knew about herself.

Charlie and Shaun have decisions to make—do they interfere in time’s progress to save a man? Do they put their own future at risk by doing nothing? And how much time do these two lovers have left?

Winona Kent was born in London, England. She immigrated to Canada with her parents at age 3, and grew up in Saskatchewan, where she received her BA in English from the University of Regina. After settling in Vancouver, she graduated from UBC with an MFA in Creative Writing. More recently, she received her diploma in Writing for Screen and TV from Vancouver Film School. Winona has been a temporary secretary, a travel agent and the Managing Editor of a literary magazine. After a career that's included freelance articles, long and short fiction, screenplays and TV scripts, Winona has now returned to her first love, novels. She currently lives in Vancouver and works as a Graduate Programs Assistant at the University of British Columbia.