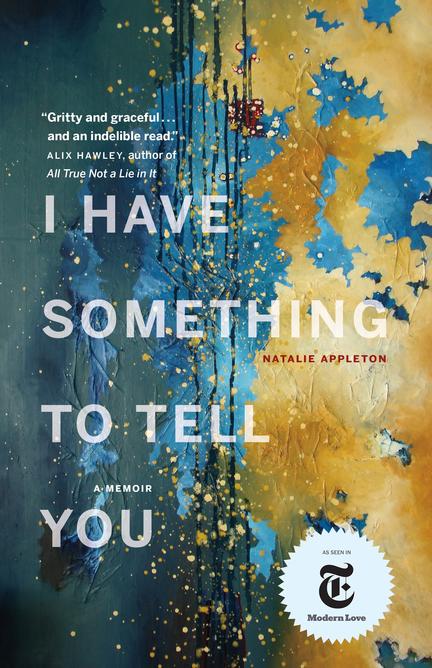 p class=“book_description”>“Natalie Appleton’s memoir is both travel account and love story, gritty and graceful. A totally clear, honest and generous story of losing and finding oneself, and an indelible read.” Alix Hawley, author of All True Not a Lie in It p class=“book_description”>On the eve of Christmas and a proposal, Natalie Appleton discovers she doesn’t want to settle for sevens, and starts over. So, she abandons everything in Alberta for Bangkok. p class=“book_description”>Along the way, with startling illumination, honesty and humor, Natalie unpacks the past that caused her to flee: cheating hearts, small-town suffocation, a tattered family and a genetic disposition to madness. In Bangkok, Natalie kills an albino gecko, crawls into bed with a lampseller and nearly calls off her quest when she’s almost attacked by a leather vendor. And then, at a grimy guesthouse one year after arriving in Thailand, everything changes. p class=“book_description”>I Have Something to Tell You is a lyrical, vulnerable exploration of the meaning of love, family, home and the magic of the universe. It’s also a captivating window into two equally exotic worlds—the oilpatch-laden Prairies and the resplendent Thailand. p class=“book_description”>This is a story for anyone who remembers feeling lost in their twenties, for anyone who has been afraid to leave—a crummy partner or town or job, and for anyone who has ever wondered, What if?

p class=“biography”>Natalie Appleton is an award-winning writer whose stories have appeared in publications around the world, including The New York Times. Natalie won Prairie Fire’s 2016 Banff Centre Bliss Carman Poetry Award, and her prose has been longlisted for the CBC Creative Nonfiction Contest. Natalie is a graduate of the University of Regina School of Journalism and the MA in Creative Writing (Narrative Non-fiction) program at City, University London, UK. In her former life as a journalist, she worked at newspapers across the Prairies. Natalie lives in the Okanagan, BC, with her husband and two sons.

These books take their readers beyond Canadian borders to portray the rich lands, cultures, and adventures that can be discovered in other parts of the …