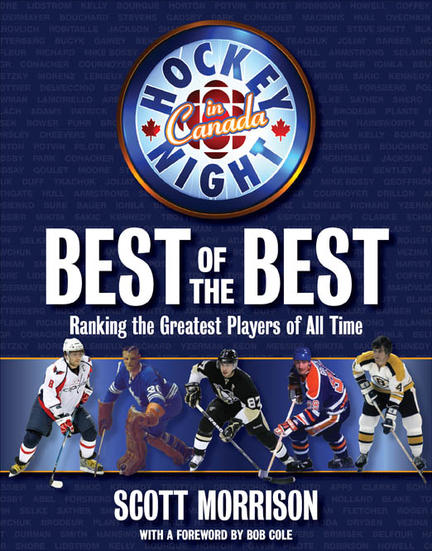 A few years ago, Scott Morrison and a panel of experts from CBC&rsquo;s Hockey Night in Canada started a debate about the best players to wear each number, from 00 to 99. The result was fascinating and informative?and often contentious!

Now, Morrison and the panel are back with a new debate sure to spark heated arguments in sports bars, dressing rooms, arenas, and even over kitchen tables: Who were the top 10 NHL players all-time at each position? Who were the top 10 coaches and general managers? Which were the greatest NHL teams ever?

And who was the best of the best?

Featuring statistics, little-known facts, interesting anecdotes, and spectacular full-colour photography, this book is sure to be a favourite with hockey fans of all ages.

SCOTT MORRISON, is a 25-year veteran hockey journalist and recipient of the Hockey Hall of Fame's 2006 Elmer Ferguson Memorial Award. Scott appears on the Satellite Hot Stove feature on Hockey Night in Canada. A highly respected hockey journalist, the Toronto native began his career at the Toronto Sun in 1979. After spending more than 11 years as a hockey writer and columnist at the paper, Morrison became Sports Editor in 1991 and led the section to being named one of North America's top-ten sports sections in 1999 — the first sports section in Canada to receive the AP Sports Editors North American Award. Morrison has authored several hockey books and served two terms as President of the Professional Hockey Writers' Association.

Other titles by Scott Morrison

The Series That Changed Hockey Forever

My Battles, in Hockey and Life

A Centennial of NHL Hockey

Hockey Night in Canada: By the Numbers