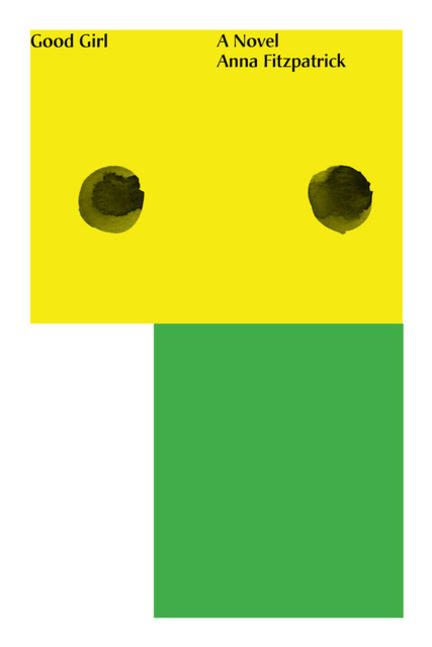 Secretary meets Fleabag in Anna Fitzpatrick's hot and hilarious comic-erotic debut.
Lucy tries so hard to be good. She was always a good student, tries to be a good friend, a good citizen, a good feminist, and now she wants a lover who will give her a good beating, preferably after tying her up.
Dating swings from the sublime to the humiliating, but then Lucy hooks up with someone who challenges her to pursue the writing career she has been letting idle. When she discovers a teen magazine from the 1970s, it sparks her imagination and her life finally seems to come into focus; but as she learns more about how women were treated behind the scenes, she has to decide what to do. How to be true to herself, as chaotic as she believes herself to be; how to be good to those around her; how to survive as a young woman in the still messy media culture of 2015.
Surprising, sexy, and hilarious, Good Girl is a thoughtful and endearing portrait of a young woman unsure of what she’s supposed to want from a world where the rules keep changing.

Anna Fitzpatrick is a Toronto-based writer and editor. She is the author of the children's book Margot and the Moon Landing (very different from Good Girl) and has written for the New York Times Magazine, Rolling Stone, The New Yorker, National Post, Globe and Mail, Rookie, Vice, Hairpin, Hazlitt, and more. Good Girl is her debut novel.

PRAISE FOR GOOD GIRL
“Good Girl lures you in with its excellent sex scenes, but it seals the deal with its authentic portrait of what it feels like to be a young woman in the world. Sex, friendship, family, work—who knows what to make of any of it? Anna Fitzpatrick's debut is both funny and titillating, and, like so few early sexual encounters, totally satisfying.”
—Emma Straub, author of All Adults Here and Modern Lovers
“Lucy, the protagonist of Good Girl, might know what it means to do a good job, be a good friend, or be good in bed, but this is the story of her stumbling towards how. How do we take care of what matters to us, and why do we value the things we do? Funny until it hurts, Good Girl brilliantly captures the vivid details and fuzzy feelings happening in the mind of a person on the verge of becoming herself. This is a great novel about a character desperate to be good.”
—Haley Mlotek
"On feminism, loneliness, and the question of kink, Anna Fitzpatrick bluntly probes the contradictions of sex-positive culture, baring the many ways that shame feeds arousal. Good Girl is a sensitive girl's hardcore."
—Tamara Faith Berger, author of Queen Solomon
“Good Girl is an intense ride, with more twists and turns than a pile of rope at the end of an orgy. Plan to be unable to put it down.”
—Stoya, performer and author, Philosophy, Pussycats, and Porn
“Anna Fitzpatrick has accomplished an incredible balancing act. Good Girl manages to depict sex and sexuality that is both painful in the way Lucy wants it to be and painful in the awkward and hilarious reality of what it means to navigate relationships and life. In addition to the sex (and there’s a lot of sex), it’s also a story about friendship, the malaise of young adulthood, and, of course, 1970s magazines. Buy this book (unless you are Anna’s parents, and then, maybe skip it).”
—David Iserson, screenwriter, The Spy Who Dumped Me