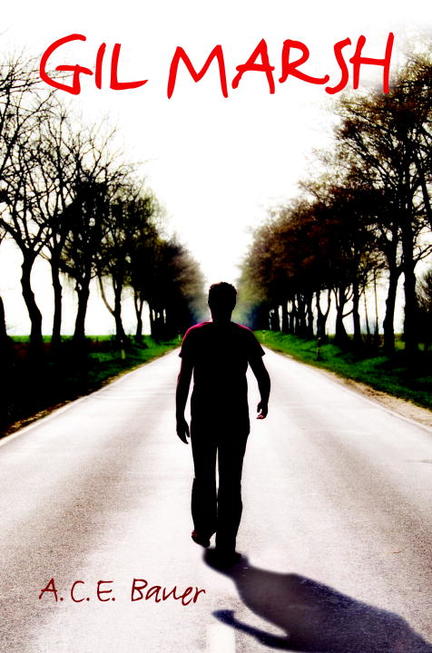 Good looking, athletic, and smart, Gill Marsh is the most popular kid at Uruk High School, even though he is only a junior. When Enko, a new kid from Montreal, shows up, Gil is wary. Yet Enko is easy going and matches Gil's athletic prowess without being a threat. Soon, the two become inseparable friends, practicing, studying, and double-dating.

Then suddenly, to everyone's shock, Enko succombs to an aggressive cancer.

When Enko's parents take his body and return to Canada, Gil is unable to even say good bye. He is inconsolable. Determined to find Enko's grave, Gil sneaks away and heads north.

Closely based on the ancient story of Gilgamesh, the Sumerian King from 3000 BC, A. C. E. Bauer has carefully woven the classic elements of myth to follow Gil's quest and explore the grief and growth of a young man.

A. C. E. BAUER has always been infatuated with the classics, and has been telling stories ever since she could talk (some were real whoppers). After learning how to write, she began handing them out as gifts to her family. Ms. Bauer took a break from writing for a while when she was a lawyer helping poor people, writing legal briefs and telling stories about her clients. She has returned to fiction and now writes for children of all ages. Born and raised in Montreal, she spends most of the year in Cheshire, Connecticut, and much of the summer on a lake in Quebec. She lives with her husband, two children, and their dog Speedy. Learn more at acebauer.com.

First day of school. Coach yelled from across the field. “Marsh! Meet our latest recruit.”

Gil stopped stretching and jogged over. Coach spoke to a boy dressed in a running tank and shorts. Thick black hair covered the boy’s knuckles and arms. It poked out from his chest, his shoulders and neck. It covered his legs. A beast boy, Gil thought.

Hmph. Gil wasn’t one of the cross-­country team’s best runners. He was the best. No one else came close. He had led James E. Uruk High School to Nationals two years in a row.

Enko extended his hand in an oddly formal gesture. Gil shook it.

Enko had a powerful grip—­a ring on his pinky finger dug in slightly. He smiled, producing a deep dimple in his chin. He was trying hard to impress.

Well, let’s see what the beast boy could do.

He started the warm-­up jog just a notch faster than usual. Enko didn’t break a sweat.

“Round the back, over the Rock!” Coach yelled to the team. “No clock today. Keep to the running trail. I want it clean and even.”

Clock or no, Gil took off, in a sprint now, almost at racing speed.

They circled around the back of the school to one of the paths along the Green Valley Creek, over the footbridge to cross the water, then up the side of Overhang Rock. The other boys lagged behind.

Overhang Rock stood three hundred feet above town. Made of exposed, weathered red stone, it had a war memorial at the top, erected some ninety years ago by a veterans’ group. A running trail wound alongside a road that led to the memorial.

Gil ignored the running trail and chose a hiking path that switchbacked in the other direction, zigzagging at sharp angles around and up the other side of the Rock. At a walk, the trail provided a small challenge. At a run, it required all your concentration to get from one boulder to the next without falling. Gil could do the path in the dark—­had done so numerous times. Enko, much to Gil’s surprise, took to it as if he could run it blindfolded.

By the time they reached the Memorial, sweat trickled down Gil’s back.

Enko nodded. He wasn’t the least bit winded. Who was this kid?

When they returned to the field behind the high school, Coach was waiting for them. “What the hell is the matter with you, Marsh? I said the running trail, not the climbing one!”

Gil leaned forward, hands on his thighs, panting. This had been more of a workout than he had expected. Enko breathed a little harder, too, but wasn’t out of breath.

“It’s okay, Coach,” Enko said. He had this weird French accent. “That was fun.”

Coach scowled. “Maybe Marsh can learn something from you.” He might have said more, but off in the distance two runners trickled onto the field.

“Cool-­down walks!” he yelled. “Everyone,” he added pointedly to Gil.

When Coach turned to address the other boys, Enko slapped Gil on the shoulder. Gil walked ahead, ignoring the gesture. Beast Boy had just outperformed him. No one had done that before. And Coach had noticed.

Gil Marsh is smart, athletic, good-looking and popular, but so is the new kid, Enko. The two become inseparable until Enko succumbs to a devastating disease. Inconsolable, Gil heads north to find Enko’s grave, and his intelligence, strength and endurance are tested to the limits. Closely based on the ancient story of Gilgamesh, author A.C.E. Bauer has carefully woven the classic elements of the myth to explore the grief and growth of a young man.

Other titles by A.C.E. Bauer