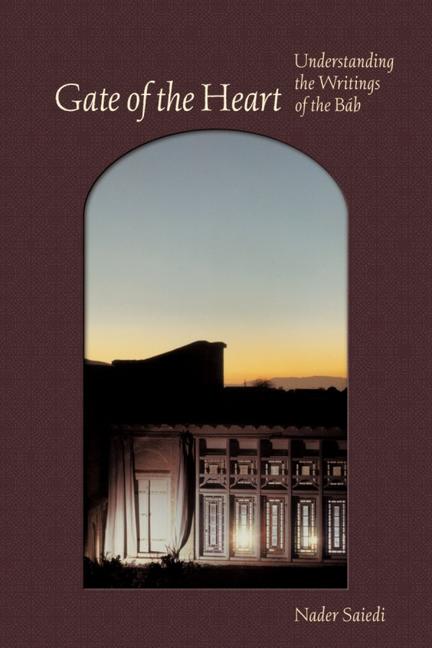 Co-published with the Association for BahÃ¡’Ã­ Studies

In 1844 a charismatic young Persian merchant from Shiraz, known as the BÃ¡b, electrified the ShÃ­’ih world by claiming to be the return of the Hidden Twelfth Imam of Islamic prophecy. But contrary to traditional expectations of apocalyptic holy war, the BÃ¡b maintained that the spiritual path was not one of force and coercion but love and compassion. The movement he founded was the precursor of the BahÃ¡’Ã­ faith, but until now the BÃ¡b’s own voluminous writings—complex, mystical, highly symbolic—have been seldom studied and often misunderstood. Gate of the Heart offers the first in-depth introduction to the writings of the BÃ¡b.

Taking an interdisciplinary approach, the author examines the BÃ¡b’s major works in multifaceted context, explaining the unique theological system, mystical world view, and interpretive principles they embody as well as the rhetorical and symbolic uses of language through which the BÃ¡b radically transforms traditional concepts. Arguing that the BÃ¡bÃ­ movement went far beyond an attempt at an Islamic Reformation, the author explores controversial issues and offers conclusions that will compel a re-evaluation of some prevalent assumptions about the BÃ¡b’s station, claims, and laws.

Nader Saiedi’s meticulous and insightful analysis identifies the key themes, terms, and concepts that characterize each stage of the BÃ¡b’s writings, unlocking the code of the BÃ¡b’s mystical lexicon. Gate of the Heart is a subtle and profound textual study and an essential resource for anyone wishing to understand the theological foundations of the BahÃ¡’Ã­ religion and the BÃ¡b’s significance in religious history.

Nader Saiedi was born in Tehran, Iran, and received his master’s degree in economics from Pahlavi University in Shiraz and his PhD in sociology from the University of Wisconsin. He is a professor of sociology at Carleton College in Northfield, Minnesota. His most recent book is Logos and Civilization: Spirit, History, and Order in the Writings of Bahái’u’lláh (2000).