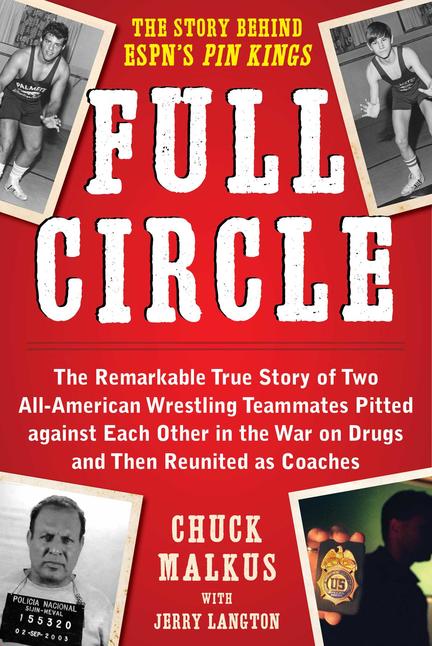 Glamour, excitement, and money were thrust upon Miami in the late 1970s. Seemingly overnight, it transformed from a sleepy Southern town famous only for its retirees, to an exciting mix of wealth, style, and violence. It was the Cocaine Era, when mountains of cash, bricks of coke, and men with assault rifles changed everything.


And it changed the people living there, as well. Kevin Pedersen and Alex DeCubas, a couple of local boys who met at a Little League game, became best friends and star high school wrestling teammates. They were even featured in Sports Illustrated.


Alex, who was so big and powerful that he wasn't allowed to play football with the other kids, was on his way to bigger things, possibly the Olympics, when a series of tragedies derailed his dreams. Instead, he used his natural strength and ferocity to start robbing drug dealers and selling what he took. Before long, he caught the eyes of the Colombians and became the biggest home-grown cocaine dealer in the United States.


Kevin, half Alex's size, became a wrestling champion through self-discipline, hard work, and drive. After graduating from West Point, he saw his family life deteriorate because of drugs. After divorcing his coke-addicted wife, he came close to suicide until his mind changed. He realized America's enemy wasn't Iran or Russia or any other country, it was drugs. He went to work for the DEA, and on his first day, Kevin found out that his old friend, Alex, was their primary target. And, years later, after the pair faced conflict, personal turmoil and (for Alex) a long prison sentence, the pair reunited and teamed up to do what they perhaps always should have--coaching high school wrestling together.

Chuck Malkus is an author and content creator based in Fort Lauderdale, Florida. His books include The Ultimate Ponzi: The Scott Rothstein Story and his writing career began at the Miami News, where he covered Kevin Pedersen and Alex DeCubas. His work has appeared in the Miami Herald, Atlanta Constitution and Journal, Sun Sentinel, and South Dade News Leader.Malkus also serves as a business strategist who has received national acclaim as an expert on public relations, branding, and reputation management. He translates his rich industry perspective into inspirational keynotes that provide value to employees at every level, from young professionals to CEOs.

JERRY LANGTON is a journalist and the author of several books, including the national bestsellers Fallen Angel: The Unlikely Rise of Walter Stadnick in the Canadian Hells Angels; Showdown: How the Outlaws, Hells Angels and Cops Fought for Control of the Streets and Gangland: The Rise of the Mexican Cartels from El Paso to Vancouver. Over the past two decades, Langton’s work has appeared in the Toronto Star, The Globe and Mail, National Post, and Maclean’s and dozens of other publications.

“Full Circle shows the lives of two young men during an era that should not be forgotten. This tour of life in the 1980s and 1990s is engaging and it feels as though you were there to witness their two different paths. I was there during a time when there were obstacles that were unheard of during this point in our country’s history and Malkus covers it all, leaving no stone unturned.”—Jim Hoy, Association of Federal Narcotics Agents, Florida Chapter President

“Full Circle immediately draws the reader in with a character so colorful it reads like a novel. What starts as a coming of age story of two best friends becomes a story about temptations and choices. The bond between two boys that began on a high school wrestling mat soon faces the challenge of growing up in Miami during the heyday of the cocaine cowboys. This era was a time when the cocaine trade touched the lives of every person living in Miami. Even two state wrestling champions who had full rides to college couldn’t hide from the lure of the drug and what it represented. As Full Circle attests, money wasn’t the only motivation for chasing the decade’s white gold. The firsthand accounts of the dangerous detours of the cocaine trade, which turned one friend into a fugitive, will keep the reader reaching for this book until the last page is turned.” —Kim Segal, former supervising producer, CNN

Other titles by Jerry Langton

The Secret Life of Bikers

Inside the Hidden World of Organized Crime

The Hard Way Out