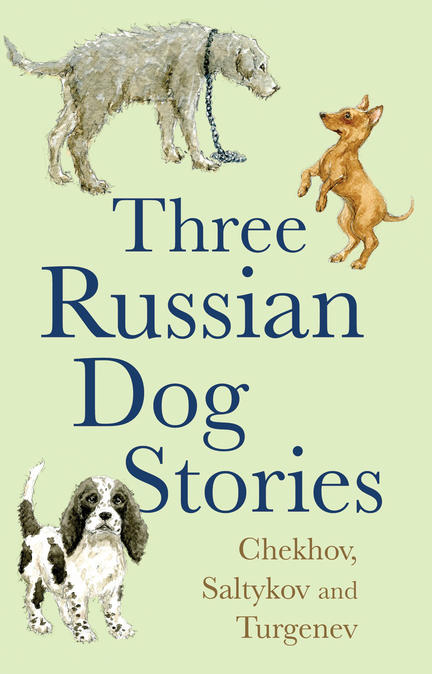 A newly translated collection bringing together three canine tales from three giants of Russian literature Turgenev's Mumu is rescued from drowning by a mute serf, Gerasim, and quickly becomes his closest friend and comforter until Gerasim's mistress intervenes with tragic consequences. Shchedrin's Trezor is the perfect embodiment of canine fidelity, carrying out his duties to the letter, despite being chained up, badly treated, and sometimes not even fed. Chekhov's Kashtanka, when lost, is taken in by a circus clown and trained for an act in the ring. However, she prefers to return to her former abusive master, sitting in the Audience at her first performance, rather than remain with her new caring, thoughtful owner. These stories have long been held in high esteem, tugging at readers' heartstrings for many years.

Anton Chekhov
Born in 1860, Anton Pavlovich Chekhov was a Russian short-story writer, playwright and physician, considered to be one of the greatest short-story writers in the history of world literature. His career as a dramatist produced four classics and his best short stories are held in high esteem by writers and critics. Chekhov’s play The Seagull, translated by David French, is available from Talonbooks.

Among his best-loved works are the semi-autobiographical Mercer plays: Salt-Water Moon; 1949; Leaving Home, recently named one of Canada’s 100 Most Influential Books (Literary Review of Canada) and one of the 1,000 Most Essential Plays in the English Language (Oxford Dictionary of Theatre); Of the Fields, Lately and Soldier’s Heart. The Mercer plays have received hundreds of productions across North America, including a Broadway production of Of the Fields, Lately. This quintet of plays about a Newfoundland family has also touched audiences in Europe, South America and Australia. In addition, French produced skillful adaptations of Alexander Ostrovsky’s The Forest, Anton Chekhov’s The Seagull and August Strindberg’s Miss Julie.

Other titles by Anton Chekhov

A Good And Quiet Night

A New Version by Susan Coyne

Other titles by Ivan Turgenev