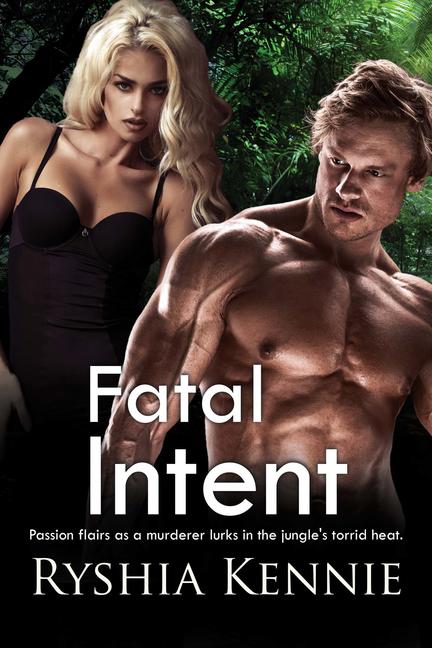 As passion flairs in the jungle's torrid heat, a murderer lurks. And, in a battle of wits that puts lives on the edge, can anyone be trusted?

Leading a scientific excursion into the Borneo rain forest is a dream for entomologist, Savannah Cole. But when her guide turns up headless, it becomes a nightmare as soon they are lost. So, when a half-naked man emerges from nowhere, running isn't an option. They need help.

Raised in the lush cradle of the Borneo jungle, Aidan is as unconventional as the fact that he has no last name. And, as a PI, he can't ignore the mystery surrounding this group. In a bid for answers, he leads them on a convoluted trek finding himself in a clash of wills with their alluring leader and answers that slide dangerously close to the tribe he loves and a danger that no one imagined.

The winner of the City of Regina’s writing award, Ryshia Kennie’s novels have taken her characters from the depression era prairies in her first book “From the Dust” to a across the globe and back again. There’s never a lack of places to set a story as the too long prairie winters occasionally find her with travel journal in hand seeking adventure on foreign shores. When not collecting odd memories from around the world, she’s writing mainly romantic suspense and women’s fiction. For more, visit her website at http://www.ryshiakennie.com.

Other titles by Ryshia Kennie

Marshal on a Mission

Wanted by the Marshal

Son of the Sheik